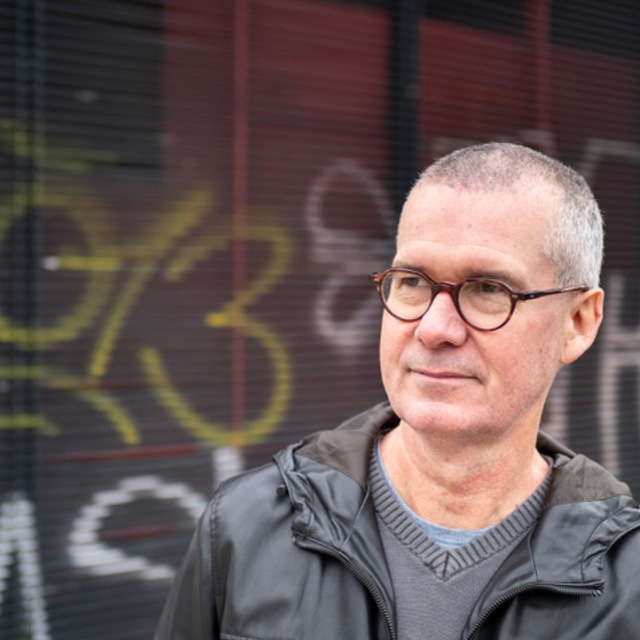 Neville Hall was born in 1962 in Wellington, New Zealand. He studied composition at Auckland University from 1987–91 with John Rimmer and John Elmsly, graduating MMus with First Class Honours in 1991. On completing university, Neville travelled to Europe where he attended summer schools and private lessons with a number of prominent composers including Franco Donatoni, Brian Ferneyhough, Witold Lutoslawski and Gerard Grisey.

His works have been performed at festivals and concerts in Europe, USA, Australia and New Zealand, and have received a number of international awards, including a Menzione d’Onore in the 16th Concorso International “Luigi Russolo” in 1995 and a Recommendation in the Paris Rostrum of Composers in 2001. Since 1993, Neville has lived in Ljubljana, Slovenia, where he is active as a freelance composer.

Neville has represented New Zealand three times at the ISCM World Music Days, most recently in Beijing in 2018. In 2020, he released a CD of his music entitled Or looked back to the flowing, featuring three orchestral works and a selection of chamber music. Recent compositions include so flamed in the air for orchestra, which was premiered in Ljubljana by the Slovenian Philharmonic Orchestra conducted by Marco Angius in 2021.

a furred tail upon nothingness

a splinter of silence in the belly of time

for string quartet and clarinet, 15m

all of a whiteness

And saw the waves taking form as crystal

and the snow's lace is spread there like sea foam

and the wave concealed her, dark mass of great water

for orchestra, flute and ensemble, 10m

and, out of nothing, a breathing, hot breath on my ankles

beneath the veil of silence

for clarinet, harp and cello, 4m

But buried dust and rusted skeleton

eye-glitter out of black air 1

eye-glitter out of black air 2

eye-glitter out of black air 3

for wind quintet and orchestra, 21m

from a single point

in the folds of silence 1

in the folds of silence 2

more full of flames and voices

for clarinet, accordion and cello

not a lost shimmer of sunlight

Or looked back to the flowing

six preludes and a postlude

so flamed in the air

some points in time, book 1

That paradise is hurled to nothingness

the crystal body of air

the crystal funnel of air 1

the crystal funnel of air 2

the cut cool of the air

the lifting and folding brightness, the darkness shattered, the fragment

for alto saxophone and trumpet, 5m

the liquid and rushing crystal

the night recalls each flickering silence

for flute and string quartet, 7m

the sound a gemmed light 1

the sound a gemmed light 2

There is a wine-red glow in the shallows

throwing the ladder away

Whispered by the perfumed breath of silence

With a sky wet as ocean, flowing with liquid slate