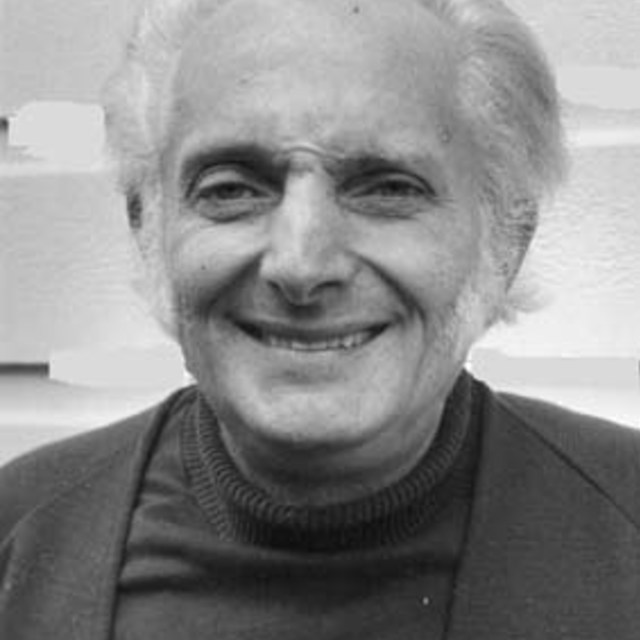 Larry Pruden was born in New Plymouth on 28th July 1925. He began learning the piano at about age 8, became church organist at 13 and joined the music staff of New Plymouth Boy's High School in 1940 as a piano teacher. His first known composition dates from 1938; at this stage his musical mentor was the well-known blind organist and composer Joseph Papaesch, his uncle. Apart from contact with Douglas Lilburn at Cambridge Music Schools from 1947, he was self-taught in composition until granted a bursary for study in England.

Pruden attended the Guildhall School of Music and Drama in London from 1951-1954, where he studied composition, conducting and percussion. In 1952 he joined Benjamin Frankel's composition class which also contained David Farquhar, Edwin Carr and Robert Burch. While there he also met and married his wife Penny.

Returning to New Zealand he settled in Wellington in 1955, employed in various capacities by NZ Broadcasting until 1975, when he went to Dunedin as Mozart Fellow at Otago University. During all of this time he was also involved in tutoring composition at summer music schools, conducting, writing programme notes and introducing radio programmes.

Since 1977 he freelanced as a composer and conductor in Wellington until his death on October 1, 1982.

for brass quintet and side drum

for brass ensemble and percussion

Evening Music for a Summer School

for brass sextet and timpani

for brass sextet and two percussionists

Flight of the Albatross

God Save the Queen

God Save the Queen (for Albert Herring)

Looking for a Lost Guinea-Pig at Daybreak

for brass ensemble and two percussion

for violin, viola and cello, 24m

Waves of the Pacific

God Save the Queen

Overture or Fanfare
Suitable for Youth