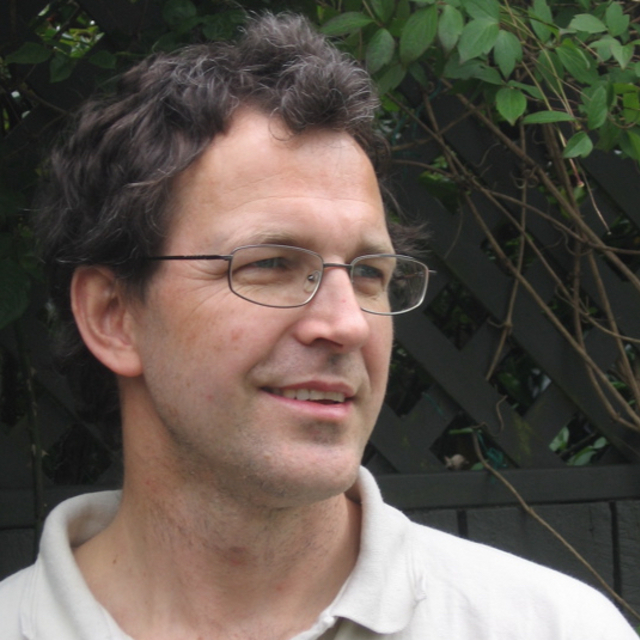 Craig Utting was born in Wellington, where he attended Onslow and Tawa Colleges. At Auckland University, he studied Composition with Douglas Mews, John Rimmer and John Elmsly, completing an M.Mus. degree with 1st class Honours in 1987. From 1988-9 he was a violist in the Schola Musica of the NZSO, and since then has been a member of the Wellington Sinfonia. He was also employed for many years as a ballet pianist in various studios around Wellington.

Currently Craig works as a composer and arranger. He is also a specialised music-typesetter for local musicians and organisations, as well as for various European publishers through an agency in Freiburg.

Craig believes that music is written to be played! As a perfomer himself, he insists that the musicians' enjoyment of the music is of crucial importance - when the performers are themselves excited or moved by the music they will convey it far more convincingly to an audience. He thinks that 'cleverness' for its own sake has little merit, and that any musical device or technique should only be used if it contributes to the overall atmosphere or emotion of a composition.

His orchestral works Spirals, Cirrus and Lahar have all been finalists in the NZSO/Radio New Zealand Concert Douglas Lilburn Prize, in 2000, 2003 and 2006 respectively. Tower NZ Youth Choir is singing a commissioned work Voices of Aotearoa on their 2007 European tour.

Craig and his wife Liz Sneyd run the Virtuoso Strings Charitable Trust, which provides free music lessons to students in low-decile schools in East Porirua. They also run the three Virtuoso Strings Orchestras, for which Craig writes and arranges most of the music. In 2015 the couple received Queen's Birthday Honours for the countless hours and resources they’re donated to the project. The incredibly high level of natural talent in the Pasifica kids has blown Liz and Craig away! Their recent performance at Aotea College in Porirua demonstrated the dedication and talent of all involved.

Liz and Craig have five kids at home, all of whom also participate in music. Their son Benjamin Sneyd-Utting won the Senior Composition Prize for Chamber Music NZ in both 2017 and 2018, having already won the Junior Prize in 2015. Liz and Craig also run a Music School from their home in Tawa, Wellington, called The Music Learning Centre, which teaches strings and piano.

for unspecified voice and piano

Chestnuts on a Mantelpiece

for SSAA and piano duet, 6m

by Alexander Sneyd and Craig Utting for piano

for treble recorder and piano, 4m

Everyone Suddenly Burst Out Singing

Everyone Suddenly Burst Out Singing

for choir, viola and piano, 10m

for voice, piano and viola, 10m

for SSAA and piano

for horn and orchestra

for baritone and chamber ensemble, 12m

Lighthouses in the Dark

for flute, horn and percussion, 5m

Moa and her Chick

for SATB choir and organ or piano, 2m

for SSAA choir and piano or organ, 2m

composed by Benjamin Sneyd-Utting and Craig Utting for piano

My Cat is Dancing on the Piano

My Nightmare is a Train

My Shoes Go Walking in the Night

for violin and piano, 3m

for cello and piano, 12m

Sonate for Trombone and Piano ("Trennung")

for trumpet and piano, 3m

Theme music from "Round the Horne"

There is a Tui in my Garden

To Pray for an Easy Heart

for voice and guitar, 2m