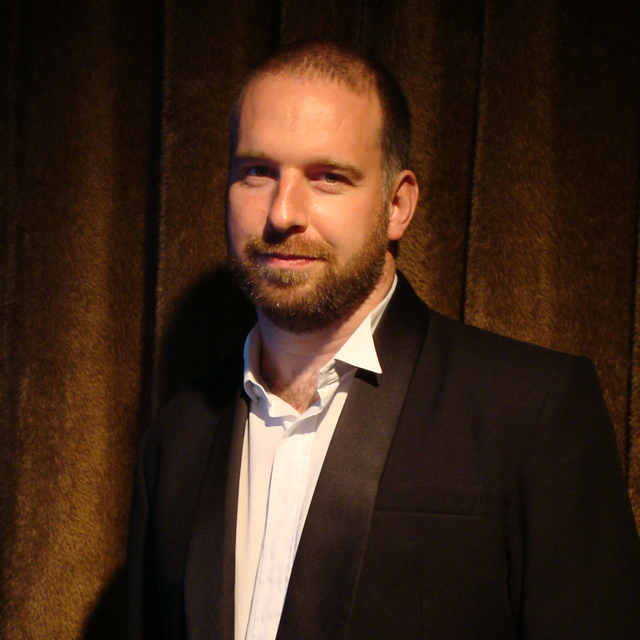 Mark Baynes is a jazz pianist with a contemporary leaning. His doctoral research has provided an analytical lexicon that can be used to understand music in terms of what is defined as consonance and dissonance found in western music as a whole. Although informed by academia, he is primarily a performer, composer and accompanist residing in Auckland, New Zealand. Mark is a presenter of 95bFM's The Jazz Show, and writes the X-Factory column for NZMusician Magazine.

Mark was a guest arranger for the Royal New Zealand Ballet’s production of Hansel and Gretel, written by acclaimed composer Claire Cowan, and recorded for an album by the New Zealand Symphony Orchestra in 2020. He has been lucky enough to perform alongside some giants of jazz including Eric Marienthal (Chick Corea), Mark Kramer (Eddie Gomez), Cley Jenkins (Buddy Rich & Count Basie) as well as Andy Vargas (Santana), Mireya Ramos (Latin Grammy Award Winner) and a Broadway cast. He has also performed many times on most New Zealand TV networks and has enjoyed working with acts such as King Kapisi, Che-Fu, Tim and Neil Finn, The Mint Chicks, Tony Christie (UK), Anika Moa, Don McGlashan, Batucada Sound Machine, Bella Kalolo, Auckland Philharmonic Orchestra and the Topp Twins.

Mark worked for eighteen months in the Middle East as a musical director; a pianist/MD for ProShip (Canada) for two years; and has released two albums under the pseudonym of Ironic Trio (available on iTunes), and was a producer and pianist of Henrique Morales’ debut studio album (2016), a collaboration between Brazilian and New Zealand musicians, sung by Morales and written by Fernando Corona (ES). His last major role was as a piano player in a US touring/Broadway production of Chicago (the musical), June-August 2015 in Seoul, Korea. He has been published in Downbeat (US) and was invited to perform at WOMAD in 2021 but the festival was cancelled due to implications of Covid19.

Mark's background is in early music including basso continuo in the UK. His doctoral research was focused on developing an analytical model that can be used to understand music in terms of consonance and dissonance pertaining to melody, harmony, rhythm, organic unity and genre. He has expertise in subjects including music, music technology, performance, musicology, and has experience in programme design both at tertiary and school level having recently sat on the NZQA panel charged with the task of reviewing unit standards for music technology L1-3. He ran government Networks of Expertise workshops in 2020 teaching popular music analysis to secondary school teachers, and is currently active on the Music Subject Experts Group, reviewing achievement standards at secondary school level at NCEA levels 1-3.

Mark owns and manages www.jazzpiano.co.nz, a website focusing on the study of jazz, with particular emphasis on the music of Brad Mehldau, and www.psychologyinmusic.com, a website that focuses on contemporary music from a psychological perspective. He is a presenter of The Jazz Show, a radio show on 95bFM and is the writer of the X-Factory column, part of New Zealand Musician. He is the pianist for the Allana Goldsmith group, which has headlined at major jazz festivals, and pianist / composer for The Ironic Trio (iTunes), a composition of which was selected by Alyn Shipton to form his album ‘The Jazz Café’ on Air New Zealand flights.