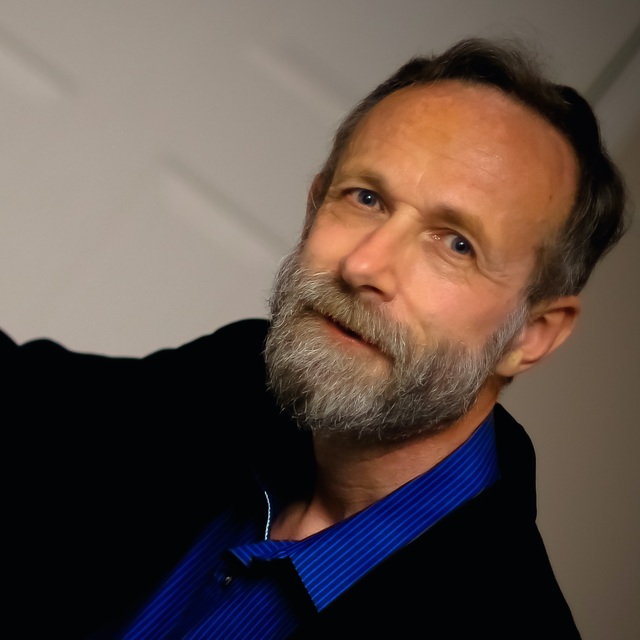 Christopher Marshall was born in Paris, France of New Zealand parents in 1956 and educated in Australia and New Zealand. A self-taught composer he holds a Master of Music degree with Honours, a Fellowship in Composition from Trinity College London, and a Teaching Licentiate in Piano from the same institution. In addition to his music qualifications, he holds two postgraduate qualifications in the teaching of English as a second language.

Christopher Marshall’s orchestral, wind ensemble, chamber and choral music has been very widely performed and broadcast particularly in the United States and Europe. His music is accessible, idiomatically written and often exhilarating in its rhythmic ingenuity. It also places great emphasis on expressive memorable melody and frequently delights in integrating diverse stylistic elements.

In 1994 Christopher Marshall was appointed to the position of Mozart Fellow at the University of Otago in Dunedin for two years. In 1995 he was awarded the Philip Neill Memorial Prize. In 1996 he received a Fulbright Research enabling him to take up an 18-month composer residency at the Eastman School of Music in Rochester New York. On his return to New Zealand he continued to build upon his overseas reputation and in August 2006 he headed for the United States where he was Composer-in-Residence at the University of Central Florida.

Christopher Marshall’s music is published in the United States by Alliance Music, EC Schirmer and C Alan Publications and in Britain by Maecenas and has been recorded on several American and European labels. In addition, he has his own desktop publishing company, Vaia’ata Print which supplies high quality computer-set editions of his music.

Alas For Those Who Never Sing

for SA women's or children's choir and tambourines, 2m

for soprano and string quartet, 10m

for soprano and piano, 20m

For What Can Be More Beautiful?

for mixed choir and piano

I Hold Your Hand in Mine

I lift up my eyes

Kyrie Eleison (for the end of the century)

for SATB choir with soprano and baritone soloists, 7m

for two-part choir and piano, 3m

for solo tenor and SATB choir with keyboard accompaniment

O what is that sound?

for euphonium and tuba

for two-part choir and piano, 2m

for piano and symphonic band, 27m

Short Voyage in a Small Boat

for voice and guitar

for two flutes and piano, 5m

for mezzo-soprano and SATB choir, 12m

The Desert Shall Blossom

for a cappella SATB choir, 3m

The Song of Gaia

The Water of Life

for SSAATTBB choir and solo tenor

for violin, clarinet in A, and piano

for male choir and clarinet, 25m

for tenor, viola and piano

To Hear an Oriole Sing

To the Horizon: Images of New Zealand

for mezzo soprano, baritone and piano

With Love at Christmas

Hope is Our Song - CD

Hymns For All Seasons - CD

The Graduate Choir: My Spirit Sang All Day - CD

Stephen Doughty will direct the Belfast Philharmonic Choir and the Ulster Orchestra in the Europe...

Celebrated director Patrick Gardner will direct the Kirkpatrick Choir in the world premiere of Ch...

The world premiere of Christopher Marshall's Cone of Uncertainty will take place in Villar del Ar...