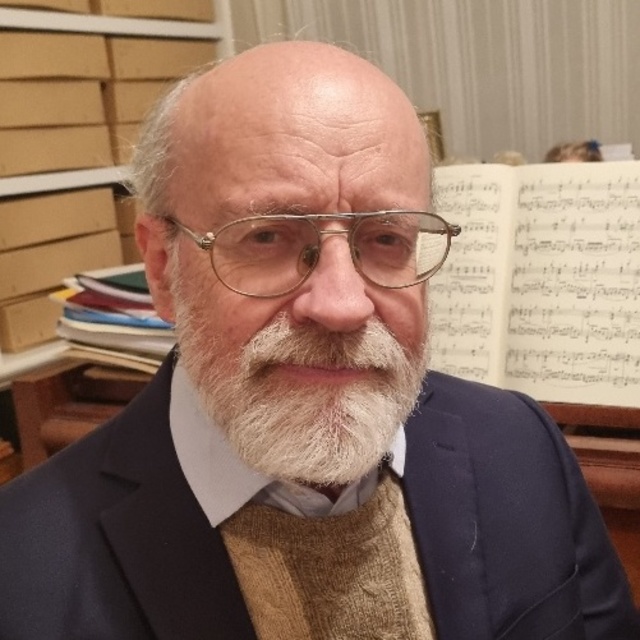 Clive Aucott was born in Loughborough, Leicestershire, England and brought up in the countryside near Rothley and Mountsorrel. He studied Harmony and Counterpoint with John C. Brydson. At the same time, he studied violin with Lambert Wilson through the Leicestershire School of Music and performed under some notable composers, such as Sir Arthur Bliss, Sir Michael Tippet, Alexander Goehr, and Andre Previn.

In 1971, Clive moved to New Zealand, subsequently gaining a BMus and then an MMus from the University of Auckland. He was especially influenced by Peter Godfrey, Thomas Rive, Douglas Mews and John Rimmer.

He began teaching music at Papatoetoe High School in 1980 and has continued to teach music since that time, both in England and in New Zealand. He enjoys composing for any set of voices or instruments. His choral work, My Darling Dove was chosen for performance at the 1998 Jihlava festival in the Czech Republic and was then chosen to become the obligatory test piece for the 4th International Festival of Youth Choirs in Opava and Brno in 1999. His works have been broadcast both in New Zealand and in the Czech Republic.

Having also undertaken studies in Library and Information Science, Clive has been working as a Library Assistant for Auckland City Council since 2007.

Behold What Manner of Love

Fugue for Clarinet in A and Piano

It was the Lovely Moon

for soprano and tenor solo and SATB choir, 5m