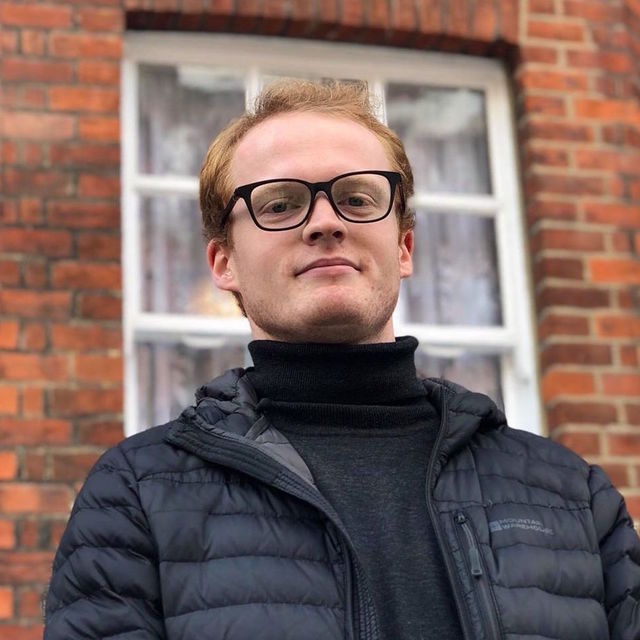 Sebastian Black is an NZ / British musician who was born in 1996 in Colchester, UK.

Recent works have included We Dance, We Dance (for CEME Festival 2022, premiered in January 2022 in Tel Aviv, Israel), Scherzo in La Maggiore (for orchestra, first performed by Orchestra Wellington in Te Whanganui-a-Tara / Wellington, NZ, in October 2021), I Heard Nothing But the Roaring Sea (premiered by Hugo Herman Wilson at SmorgasChord in June 2021), The Mosaique of the Aire (commissioned by the Mahler Foundation for Het Concertgebouw’s Mahler Festival 2020), and Grand Pas de Cinq (premiered by Lontano Ensemble and Odaline de la Martinez). In 2010, he won the BBC Young Composers’ Competition as one of the youngest ever winners, leading to the premiere of Kollaps, for clarinet and electronics, at the Royal Albert Hall, London.

He studied with Sir George Benjamin at King’s College London (for which he received the Hilda Margaret Watts Prize), the University of Oxford, Chetham’s School of Music, and with Joseph Phibbs. He has also studied with composers such as Unsuk Chin, Oliver Knussen, Brian Ferneyhough and Bent Sørensen.

Also active as a pianist, he runs the music festival SmorgasChord. An article on the work of Hans Abrahamsen is published by TEMPO (Cambridge University Press) in May 2022.

Forthcoming projects include the postponed premiere of The Mosaique of the Aire, and a new work for cellist Tim Posner at SmorgasChord 2022.

for clarinet and violin, 5m

I Heard Nothing But The Roaring Sea

The Mosaique of the Aire

for soprano and ensemble, 15m

We Dance, We Dance