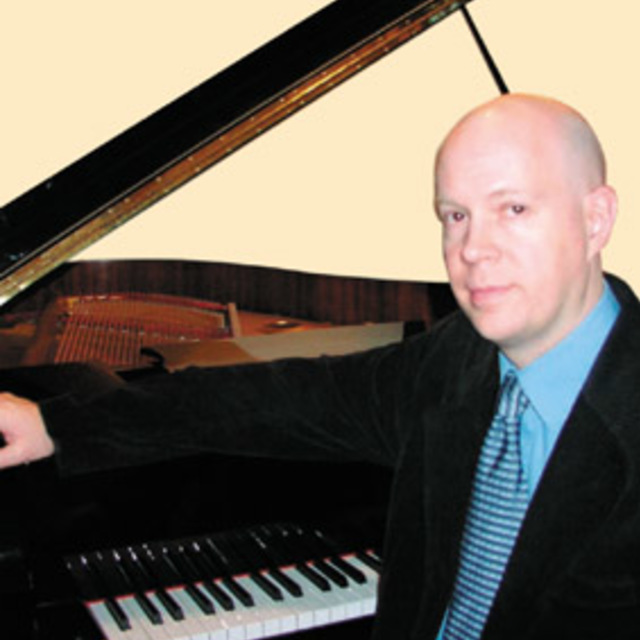 As a composer, his works encompass almost every medium, including text, music, and lyrics for a chamber opera; chamber music; improvisatory works; theater pieces; electronic and orchestral music.

Davidson studied piano privately with John Powell and Rae de Lisle in New Zealand (through whom a lineage may be traced to Franz Liszt); with Bruce Greenfield and Phillipa Ward at the Wellington Polytechnical Institute’s Executant Music Course in New Zealand; privately with Lawrence Pitchko and Harold Heap in Canada; and with William Heiles at the University of Illinois at Urbana-Champaign in the United States. He has recorded for Stomp Off Records, Capstone Records, Navona, and the Mastersound label.

Davidson is the recipient of commissions and awards from Victoria University, the Queen Elizabeth II (New Zealand national) arts council, the American (formerly Minnesota) Composers’ Forum, the University of Illinois, Meet the Composer/California, and The Elgin Cultural Arts Commission. As a composer, he has been associated with the New York piano virtuoso of twentieth century music, Anthony De Mare; the Kronos Quartet; virtuoso violist Rudolf Haken; piano four-hand team Hourshid & Mehrshid Afrakhteh; and the Zukofsky Quartet.

His percussion music is published by Honeyrock Publications in Everett, Pennsylvania. His work and papers are held in archive at the Alexander Turnbull Library division of the New Zealand National Library, and the Library of Congress in the U.S.

Critical praise for Davidson has come from such diverse sources as Gramophone Magazine (”...a remarkably talented pianist...as a performer Davidson has few peers...”), to Steve O’Keefe in Cadence Magazine (”...this disk by...Matthew Davidson is extraordinary.”), to recording artist for Vanguard, Epic, New World Records and Omega Classics, Max Morath (”...his [Davidson’s] stunning premier performances... mark... this pianist for landmark status and accolades – adjectives for which one reaches for the Thesaurus: prodigious, consummate, mighty. Well – sublime.”). Jack Rummel in The Rag Times has said of his compact discs, “With his trademark leaps from pianissimo to fortissimo and his seemingly effortless mastery of all 88 keys, no other ragtime performer today explores the full range of the piano, both dynamically and geographically, as he does. He is a true virtuoso and his feats of his skill will amaze you.” Of his album Talencourt, hbdirect(dot)com said: “He has...achieved a fine reputation as a concert pianist...and...his chamber music experience has given him exceptional insight into the workings of solo and chamber string music.” Prominent violinist of the violinfutura project, Piotr Szewczyk, has described Davidson’s compositions as “...very charming, sophisticated, and very innovative...”. Lysandre Hamelin, writing in Musifax (the magazine of the Music Teachers Association of Quebec) states, "The work of Matthew Davidson is written with intelligence and attention to detail." Mauro Carli, in the April 2000 edition of ALIAS (N.17) has stated:“...[Davidson’s work is]...simultaneously complex and communicative, very original, and with a well-defined identity.”

“It is a far, far better thing to have a firm anchor in nonsense than to put out on the troubled seas of thought.”
– John Kenneth Galbraith (The Affluent Society)

for alto saxophone and piano, 5m

Etudes for Piano Book I

I had five long years

In the Land of Wonderful Dreams

for as many musicians as possible

Music for Piano with Orchestra

for violin, viola and cello

Music for Viola and Orchestra

for viola and orchestra, 15m

Music for Viola and Piano

for viola and piano, 15m

for mezzo-soprano and piano, 3m 30s

for piano and voice, 12m

for a flute player, 9m

The Owl and the Pussy Cat