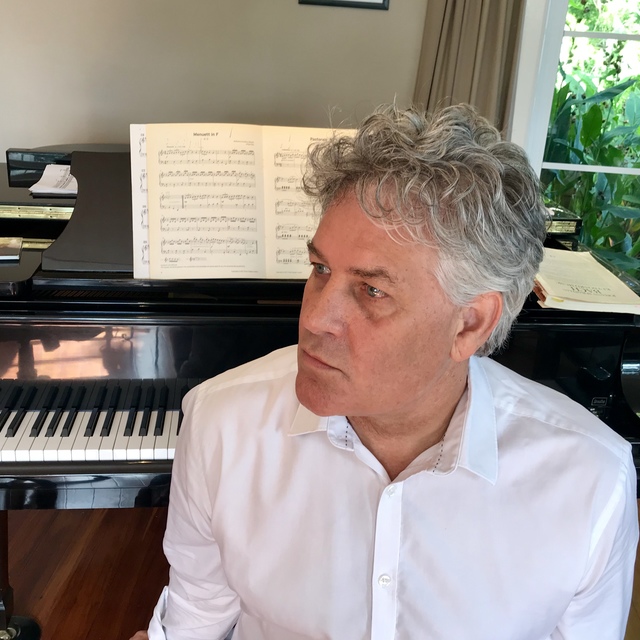 Michael Williams is a well-known figure in New Zealand composition. He has received commissions from most of the country's major musical institutions including the NZSO, NBR New Zealand Opera and Chamber Music New Zealand and his music is regularly broadcast on Radio New Zealand Concert. He has recorded a number of works through the Atoll label.

His music covers a wide range of genres including chamber music, orchestral, concerti and opera. Polystylistic in his approach to composition, many influences can be heard in his music from Gregorian chant to the use of pitch class sets.

Michael maintains an interest in the digital manipulation of acoustic instruments which is evident in a number of his works. He has received recognition in the NZSO-SOUNZ Readings on three occasions (2001, 2008 & 2010).

His 1st Symphony, Letters from the Front, written for the 100th anniversary of the Gallipoli campaign in WWI and commissioned by the NZSO, was premiered in duel concerts by the NZSO and the Sydney Symphony Orchestra at the Opera House to critical acclaim.

In 2013, Michael’s opera The Juniper Passion, based on the battle for Monte Cassino in WWII was premiered at the amphitheatre in Cassino Italy, followed by performances in Rome and Nemi. This was the first ever New Zealand opera to be performed in Italy. The Juniper Passion captured the hearts of the Italian public, and was nominated for a SOUNZ Contemporary Award in 2012.

His chamber opera, The Prodigal Child has enjoyed great success, with productions in Taranaki, Auckland, Christchurch and Hamilton, and is now available on CD.

Piercing the Vault for oboe and orchestra was commissioned by the NZSO in 2005 and has toured the country twice since.

His Triple Concerto, which was a commission from the Opus Chamber Orchestra with the New Zealand Chamber Soloists, was premiered in September 2008.

His work is in demand internationally, including Vietnam, Italy and Ireland.

Piercing the Vault was recently performed in Vietnam with the HBSO under the baton of Colin Metters, who is Director of Conducting at the Royal Academy of Music in London.

Current projects include a piece for electric violin and orchestra with renowned violinist Jenny Bae and a string quartet to be included on a new CD of original quartets from composers around the world including two-time grammy award winner Michael Doherty, Jia Daqun, Parum Vir and Martin Lodge.

He is co-founder and artistic director of the University of Waikato contemporary performance ensemble 'Okta'.

"Williams has a sure sense of colour and the courage to risk the rumbustious; his lightly scored cadenza, with oboe sliding and bending over whispered lower strings, dealt out a rare and mysterious beauty." - NZ Herald 20.6.05 'Piercing the Vault' at Auckland Town Hall

for viola d'amore, guitar and cello

As the eye alters so the squares concede

for piano trio, with effects pedals and amplification

for soprano saxophone, viola (with effects) and audio, 8m

for violin, cello, piano and orchestra

for two violins and piano, 8m

May My Shadow Never Depart

for clarinet in B flat and bass clarinet

for orchestra and solo oboe, 12m

Songs of Age and Ice

Swamp Treasures
Symphony No. 1 "Letters from the Front"

for soprano, violin, cello and piano

an opera with electroacoustic elements

for cello and piano, 12m

for flute with digital effects and backing track