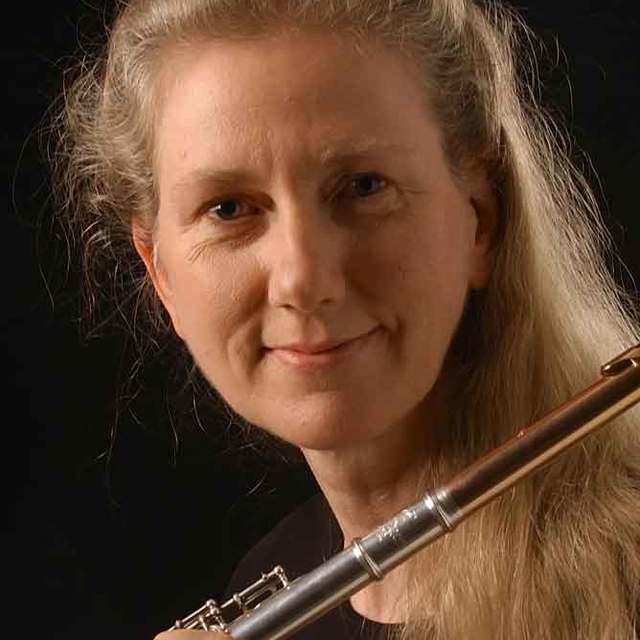 Alexa is known internationally for her many recordings on the Koch International Classics label. She has been described as: “impeccable in technique and taste, seductive in phrasing” (Stephensen Classical C D Guide). “Still plays... so convincingly I cannot separate her from the music” (American Record Guide), “whatever she plays sounds musical in every turn of the phrase” (Gramophone), “a stunning showcase for the astonishing Alexa Still” (Fanfare).

A New Zealander, Alexa’s graduate study was in New York (SUNY Stony Brook) where she also won competitions including the New York Flute Club Young Artist Competition, and, East and West Artists Competition. Alexa then won principal flute of the New Zealand Symphony Orchestra at the age of 23. While home, she received a Churchill Fellowship and a Fulbright award. In 1998, she left the NZSO to become Associate Professor of Flute at University of Colorado at Boulder. She then moved to Sydney in 2006, where she became Professor of Flute and Director of Performance research at the Sydney Conservatorium of Music. She began in her new position at Oberlin Conservatory, USA, in 2011.

Alexa maintains a busy concert schedule, having presented recitals, concertos and master classes in England, Germany, Slovenia, Turkey, Mexico, Venezuela, Brazil, Canada, Korea, China, Australia, New Zealand, and of course across the United States. Her 13th solo compact disc (concertos including the Pied Piper Fantasy) was released in September 2004 to unanimous acclaim: “Anyone who doubts Still's dumbfounding technical ability or complete tonal control should hear these… You just won't hear better-sustained flute playing on disc than this” Fanfare Magazine. Alexa’s 14th CD was released in January 2008 (music for flute and piano with New York-based English pianist Stephen Gosling) “Both performers are constantly praised for their technical prowess and amazing ability to make the most challenging works sound effortless and easy. Reviewers far and wide agree that Alexa Still doesn’t make anything sound tough. She gracefully sprints and hurdles through menacing challenges without seeming to break a sweat. Added to this technical superiority comes an equally superior sensitive musical side. This disc isn’t just flautistic fireworks.” Sequenza21.

Alexa has also served her profession as President of the National Flute Association (USA), and regularly contributes articles to flute journals across the globe. She plays a silver flute made for her by Brannen Brothers of Boston with gold or wooden headjoints by Sanford Drelinger of White Plains, New York. When her flute is in its case, Alexa is an avid motorcyclist, and she shares a daughter and two dogs with her husband.

for flute and taonga puoro (one player)