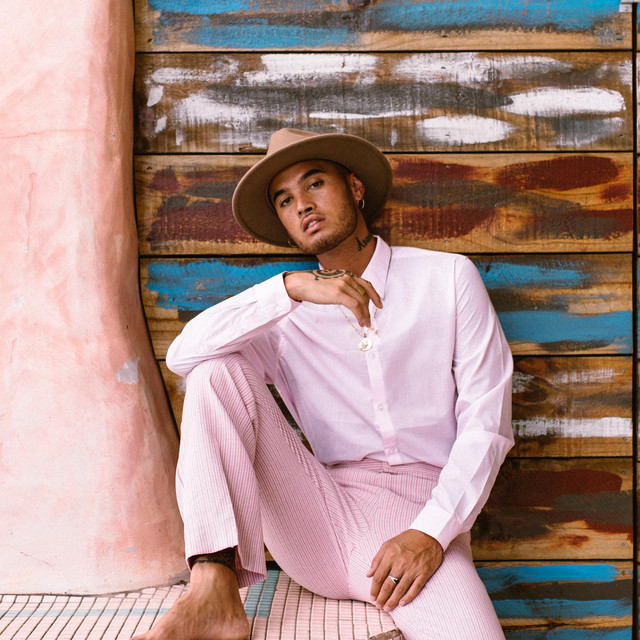 Walker made his Australian Idol debut in the audition round of the seventh season, where he performed a version of John Legend's Ordinary People. As he advanced from one round to the next in the weeks that followed, he proved himself a talented R&B singer and garnered heaps of praise from the judges, including guests Joel Madden, Benji Madden, Michael Bublé, and Pete Wentz. In the end, he beat out second-place runner-up Hayley Warner and performed Black Box for the first time. The song was then released immediately as a digital download and shot to the top of the singles chart in New Zealand and number two in Australia.

Walker subsequently signed a recording contract with Sony Music Australia and in December 2009, released his debut studio album Introducing Stan Walker. The album debuted at number three on the Australian ARIA Albums Chart and was certified platinum by the Australian Recording Industry Association (ARIA). It also appeared on the New Zealand Albums Chart at number two and was certified triple platinum by the Recording Industry Association of New Zealand (RIANZ).

Not only has Walker earned a total of six gold, four platinum, one double platinum and one triple platinum single in New Zealand across five studio albums, he has collected eight New Zealand Music Awards along the way. He has also won the Waiata Māori Award for Radio Airplay Record of the Year five times. His live performances are legendary and, as well as headlining his own National Tours, he has shared a touring stage with Beyoncé, Nicki Minaj, Chris Brown, Ciara, Jay Sean, Travie McCoy, Ja Rule, Akon and Jessica Mauboy.

In addition to appearing as a judge on the first and second season of The X Factor NZ (in 2013 and 2015), Walker is also an actor with six motion pictures and one short film under his belt -- ‘Mt Zion’, ‘Born to Dance’, ‘Hunt For The Wilder People’, ‘Poi E’, ‘The Stolen’, ‘Chasing Comets’ and ‘Nerds In Love’. He is also a leading humanitarian and a staunch advocate for Māori, Pacific and Indigenous people. His advocacy for First nation rights saw him performing at the Ihumatao Land rights protect and partnering with Climate Change Cook Islands on the Pa Enua Action for Resilient Livelihoods Project (PEARL) to engage with the communities in the Cook Islands.

I Don't Want The Fame

Stan Walker | From The Inside Album - VIDEO

Stan Walker | Inside Out (ft The Levites) - VIDEO

Stan Walker | Light It Up - VIDEO

Stan Walker | Live Concert " You Are Us" - LIVE VIDEO

Stan Walker | Nothing Else Matters - VIDEO

Stan Walker | Nothing Else Matters - VIDEO

Stan Walker | Thank You (Performance for Light to Unite) - VIDEO

Stan Walker | Time to Save Our Love - VIDEO