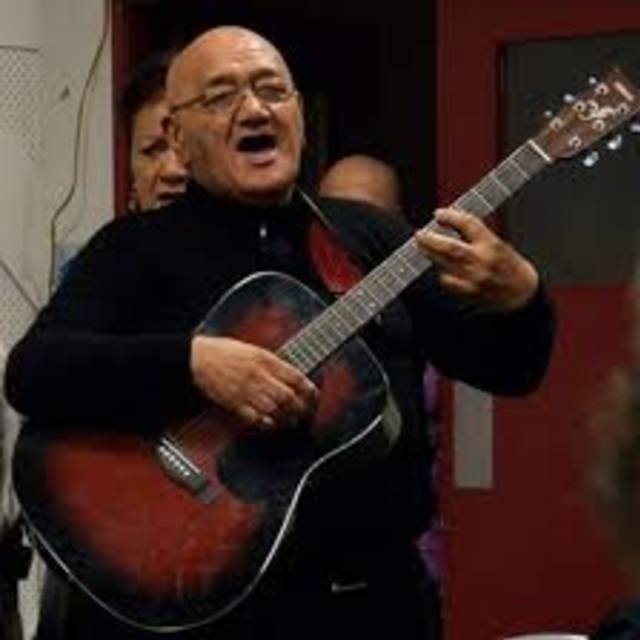 Te Taite Cooper was born in Hastings and was educated at PakiPaki and Poukawa Primary Schools outside Hastings, and Hato Paora College for three years.

From 1962-1963 he was based in Los Angeles. He was musical director and choreographer for "Mauri Ora Māori" which he describes as "probably the first mini kapahaka group (six members) to leave New Zealand." Māori Ora made a black and white 20-minute film for the National Film Unit as a school Māori resource on kapahaka, as well as a colour featurette that was shown in New Zealand and overseas theatres as a tourist promotion. Mauri Ora produced the first Māori stereo L.P record in New Zealand on the Viking label. The group toured California and Arizona doing one hour programmes in Junior High Schools in 1962 and 1963.

He returned to New Zealand in late 1985 and in 1986 co-wrote "Te Hokinga Mai". Cooper tutored at PakiPaki Bilingual school and gave them many of his own waiata and "Te Hokinga Mai’, as well as Wellington kapahaka groups such as Ngāti Poneke, Te Herenga Waka and Māwai Hākona.

He has written many songs for different groups including Patea Māori Club; he was also commissioned by Tradenz in 1996 to write a song for Māori soprano, Deborah Waikapohe. He was responsible for the Māori repertoire of the New Zealand National Youth Choir during their successful 1994 tour of North America. He graduated at Victoria University, Wellington with a Dip. Māori in 1992 from the Māori Studies Dept, and a B.A. in Education in 1994. Te Taite was the first tutor in Māori performing arts at Whitireia Polytechnic.

In 1996, he lectured the Māori component of "The Social Contexts of Learning" and "Theory into Practice" for the Department of Teacher Education at Victoria University. He has been working on his M.Ed Thesis and a book based on the thesis, entitled "Framing the Māori Image". Te Taite also worked at the Film Archive around this period.

From 1997 to 2017 Te Taite worked with many government and educational institutions (including ACC, Wellington City Council and Weltech) as a tikanga advisor, kapa haka tutor and composer. His work also continued with Ngāti Pōneke and various Kāhui Kaumatua Kapa Haka groups.

Te Taite passed away in Wellington on July 28 2020 three and a half weeks shy of his 80th birthday on August 21st.