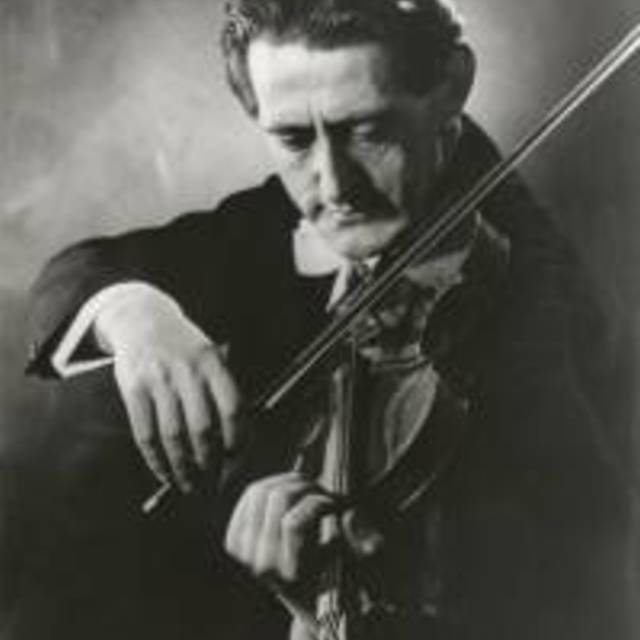 Alex Lindsay M.B.E. was born in Invercargill in 1919 and died suddenly in 1974. He was one of New Zealand's most famous musicians; a gifted violinist and founder of the Alex Lindsay String Orchestra, which figured prominently in New Zealand musical life from 1948 to 1963.

In 1937, after showing precocious early musical ability he was awarded an Associated Board Scholarship. He worked his passage to London and the Royal College of Music. He studied with W.H. Reed, a close associate of Elgar, and when Reed retired, Albert Sammons, a renowned interpreter of Elgar's Violin Concerto, became his professor. His first engagement on graduation was as leader of the Theatre Ensemble at Stratford-on-Avon, followed by an appointment to the London Philharmonic Orchestra under Sir Thomas Beecham.

In 1946 he returned home, attracted by the news that a professional orchestra was to be formed in New Zealand. He played for some time in the new orchestra until disillusion set in. The visit to NZ of the Boyd Neel Orchestra in 1947 had a profound effect on his thinking and he decided to form a similar orchestra to demonstrate the string orchestra repertoire, give ensemble experience to the young players and pupils he was associated with, and realize his own conducting aspirations.

The new ensemble covered a huge and varied repertoire, and Alex championed the NZ composers he thought of quality. Over the years he involved himself in all manner of music making throughout the country and had a special affinity with chamber music. He formed the NZ Quartet, which was one of the finest chamber music ensembles NZ has known. Later he rejoined the National Orchestra for some years. He returned to Europe between 1963 and 1967, years that proved highly rewarding and stimulating in every way. He worked extremely hard, studied as much conducting as he could, and held principal positions in the London Philharmonic & the London Symphony Orchestras. He was welcomed back into the London coterie on the strength of his previous reputation and the respect he commanded in the profession.

When the position of Concertmaster of the New Zealand Symphony Orchestra fell vacant, he applied and was appointed with acclaim. He exerted a great deal of influence in many ways throughout the New Zealand musical community. He was a natural leader, with the highest performing standards, a huge capacity for hard work, and a prodigious versatility. His was a generous nature and he wished to contribute to and nurture the musical talent in this country, fostering young people and acknowledging and performing the best of our composers with integrity and an innate understanding. He was a man of great style and charisma. He would have been gratified that this Award, created by the NZ Symphony Orchestra after his death, should bear his name.

Douglas Lilburn: Symphony No. 2 and other works - CASSETTE

Douglas Lilburn: Symphony No. 2 and other works - LP