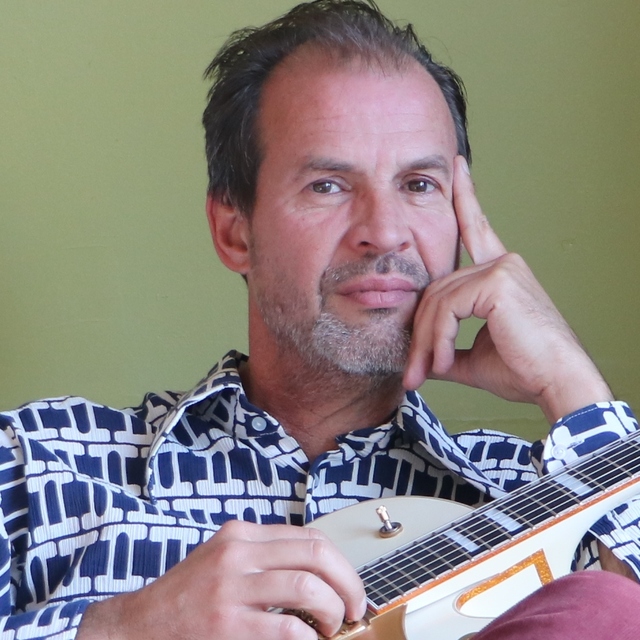 Gunter Herbig was born in Brazil and grew up in Portugal and Germany. Influenced by such different cultures and aesthetic languages, Gunter has developed a highly personal, charismatic, and expressive style of playing and performance, which sets him well apart from his contemporaries. The balance of Brazilian sensuousness, Portuguese intense passion and German intellect and finesse are the hallmark of his playing. His performance and interpretation philosophy centers on the personal and subjective approach to music as a direct way to create an even triangle between the composer, the performer, and the audience and puts the sense of musical adventure and exploration back on stage. Gunter's dynamic and expressive sense of adventure has made him an audience favorite on the concert platform wherever he goes and has solicited universal praise by critics in the music world.

SINCE MOVING TO NEW ZEALAND in 1989, Gunter has made numerous national concert tours of this country and has a busy performance schedule, which has taken him to South America, Central America, and Europe where he appears as a soloist and chamber musician on concert platforms and festivals. He has performed on several live broadcasts on television and radio in New Zealand and Mexico and has recorded for a number of film scores and television documentaries. His debut solo CD "HAUTURU – WHERE THE WINDS REST" was released in 2007 by Ode Records (CDMANU 5016) and spent seven weeks in the top ten in the Radio New Zealand Concert chart, a first for a New Zealand guitar CD. Gunter has a passion for contemporary music in general and New Zealand music in particular – many a NZ work received its premiere performance under his fingers and was indeed inspired by his playing.

GUNTER’S RECORDING, PROSPERO DREAMING, of the guitar music by Douglas Lilburn and David Farquhar was released to critical acclaim by NAXOS in May 2009; (Naxos 8.572185).

Hauturu - Where the Winds Rest