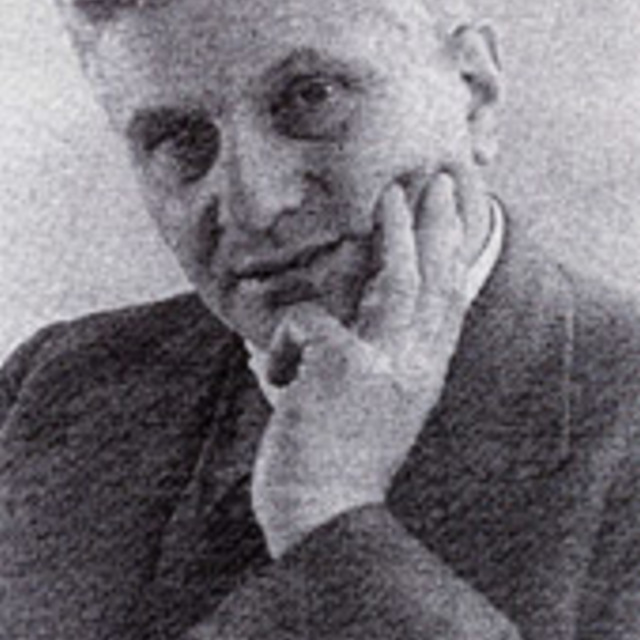 Richard Fuchs was born in Karlsruhe, Germany, the eldest son of a well established German Jewish family. Although he trained as an architect, he was a gifted pianist and composer. A disciple of Wagner and Mahler, he wrote symphonies, chamber works and many songs, but because he was Jewish, his music was suppressed by the Nazis and only performed to Jewish audiences or not at all. Ironically his music with its Brucknerian tones was the sort of music the Nazis might have approved of. After Kristallnacht he was imprisoned in Dachau Concentration Camp but was released after acquiring a visa to New Zealand.

He arrived in Wellington in 1939 and worked as an architect but within six months war had broken out and he was classified as an Enemy Alien. This was a cruel irony given the circumstances of his exit from Germany. His career as an architect was compromised but it allowed more time for composing music.

He struggled to become involved in the fledgling Wellington music scene but despite having recommendations from some of the greatest composers of the 20th century including Ralph Vaughn Williams and Gordon Jacobs, he did not have much luck in getting his music performed. According to Fuchs’s biographer Steven Sedley: “Fuchs was arguably the most experienced composer living in New Zealand between 1939 and 1947. In 1939 Douglas Lilburn, the one New Zealand composer of the next generation to attain international recognition, was still a 23 year old student at the Royal School of Music in London.” But as Fuchs’s daughter Eva wrote: “they wanted a New Zealand composer not a Jew from Germany.”

Richard Fuchs embraced his new country and one of his proudest moments was when he became a New Zealand citizen. He was a late Romantic composer and found this music a perfect expression of everything he loved about New Zealand: the rawness, grandeur and drama of the landscape. He wanted very much to be part of the Wellington arts scene of the 1940s. He played with other musicians such as Fredrick Page and met with painters and literary figures such as Alan Mulgan, Irene McIvor and Eileen Duggan, whose poems he put to music. He drew inspiration from his new home, the gorse covered hills and dramatic Rimutaka Ranges, and left a large body of work inspired by and created in this country.

Auf Den Tod Eines Kindes (On a Death of A Child)

for medium voice and orchestra

for high voice and piano

for tenor, organ and string orchestra

for tenor and string orchestra

for bass and piano

Symphony in A minor

for medium voice and piano

for mezzo-soprano and orchestra

for choir and orchestra

for choir and piano

in a strange land: the songs of Richard Fuchs - CD