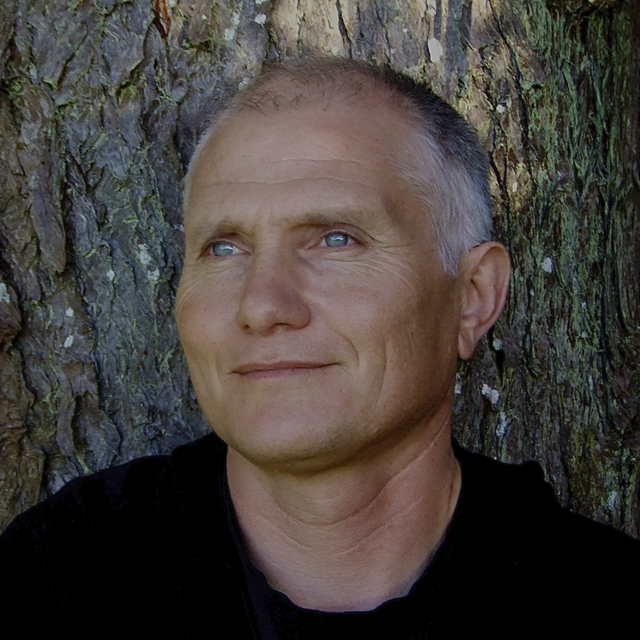 Born in Heretaunga, New Zealand, Stephen Ralph Matthews works in Auckland as a composer, lecturer, multi-media artist and performer. Most of his works reference image and sound drawn from the land, river and sea, and incorporate text in te reo Māori, mōteatea (traditional Māori song) and taonga pūoro (traditional Māori instruments). His creative work embraces instrumental and electroacoustic music, song, text and moving image as well as the intrinsic values and worldview of the people and communities he collaborates with.

Matthews’ music has been performed in Ireland, Italy, the United States and New Zealand and broadcast on radio. His compositions and songs have been performed and recorded by groups such as the New Zealand Symphony Orchestra, the Auckland Philharmonia Orchestra, the New Zealand Trio and the New Zealand Chamber Soloists. Matthews’ semi-staged orchestral work Witnessing Parihaka, was written and performed with the people of Parihaka. The piece portrays the events surrounding the invasion and plundering of Parihaka in November 1881, the passive resistance stance made by the people of Parihaka, and the illegal arrest of its leaders, Te Whiti o Rongomai and Tohu Kākahi and their followers. It was premiered with the Auckland Philharmonia Orchestra at the 2011 Auckland Readers and Writers Festival and subsequently performed again in 2013 as part of a UNESCO funded international arts education week.

A significant feature of Matthews’ creative output has been the assimilation of bi-cultural references drawn from te ao Māori. Over the years he has collaborated with a number of Māori communities, poets and artists as well as exponents of taonga pūoro and kapa haka. He has also been fortunate to be guided by a number of kaumātua and to these elders he acknowledges their ongoing support and encouragement. A recording of his composition Te Ao Mārama is available on Atoll records, Breathe ACD111.

Matthews currently leads the Popular Music songwriting studies for the School of Music at the University of Auckland. His work in the field of academia focuses on subjects such as songwriting pedagogy, social justice, and environmental issues.

Dance of the Fallen

The Breath Moved Upon the Face of the Waters

for orchestra and actors