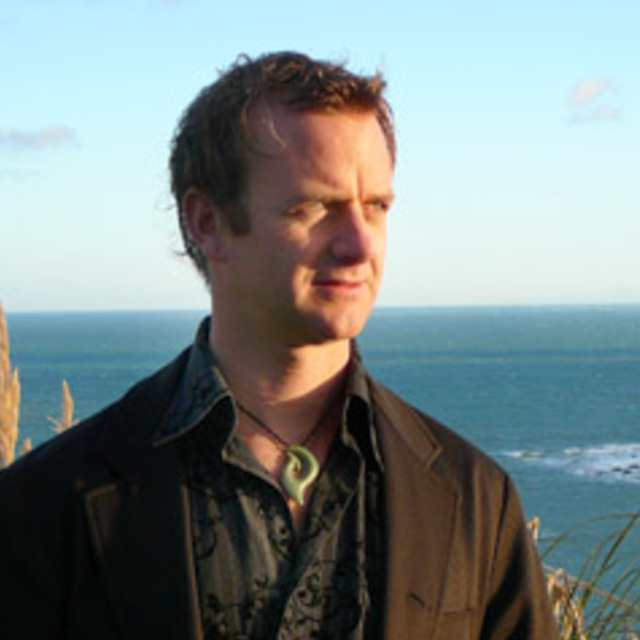 Jeremy Fitzsimons graduated from Victoria University of Wellington with a Bachelor of Music degree with First Class Honours in 1995. While at Victoria University he formed and led the Big Band, was appointed Principal Percussionist of the Wellington Sinfonia, played with many other ensembles including the New Zealand Symphony Orchestra and attended the Pacific Music Festival in Japan.

A Fulbright Scholarship took him to the United States where he received his Masters (1997) and Performance Certificate (1998) from Northwestern University in Chicago. While in Chicago Jeremy was principal percussionist of the Civic Orchestra of Chicago, a member of the award winning Northwestern University Percussion Ensemble and also attended the Music Academy of the West in California and the LHS marimba seminar in New Jersey.

Jeremy was a founding member and director of percussion group Strike from 1993 – 2003, and has toured for Chamber Music New Zealand both as a duo with Bridget Douglas (flute), concert tango group Tango Virtuosi, percussion duo Double Lateral and with Pedro Carneiro. He has recorded a CD of Gareth Farr’s marimba music, Tangaroa, and played on John Psathas’ CD, Fragments, both on the Morrison Music Trust label. He is currently Principal Percussionist with the Vector Wellington Orchestra, casual with the NZSO, pursuing various chamber and solo projects and enjoying fatherhood.

for marimba and vibraphone, arranged by Jeremy Fitzsimons

for marimba and vibraphone, with two CD players