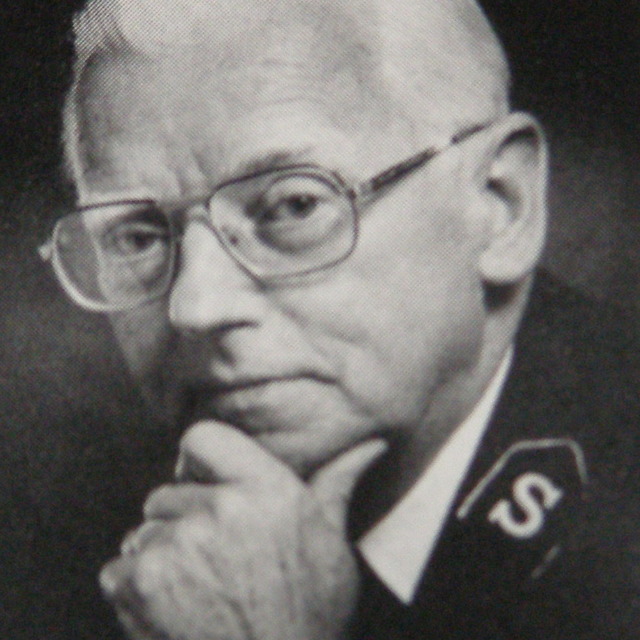 Sir Dean Goffin was born in Wellington and educated both in Christchurch Technical College and Napier Boys High School. From the Salvation Army family, Sir Dean became bandmaster of the Wellington South Band in 1936. After enlisting in the New Zealand Army at the outbreak of World War II, Sir Dean was appointed bandmaster of the 4th Brigade Band. The band was sent to Crete in 1941 and fought there as a infantry platoon under Lt. Goffin during the ill-fated campaign. Lt. Goffin was later complimented by Sir Howard Kippenberger, one of New Zealand's greatest soldiers, for his performance as a platoon commander.

After returning to civilian life and completing a music degree at Otago University, Sir Dean began a career of full-time service in the Salvation Army. For 10 years he was responsible for the Salvation Army's music in Great Britain.

He returned to New Zealand in 1971 and held a variety of posts before being elevated to that of Commissioner for New Zealand and Fiji. He received his knighthood in 1983.

Amongst his musical achievements, he wrote a number of works including Rhapsody in Brass which has been recorded on the Woolston Brass CD, Millennium.