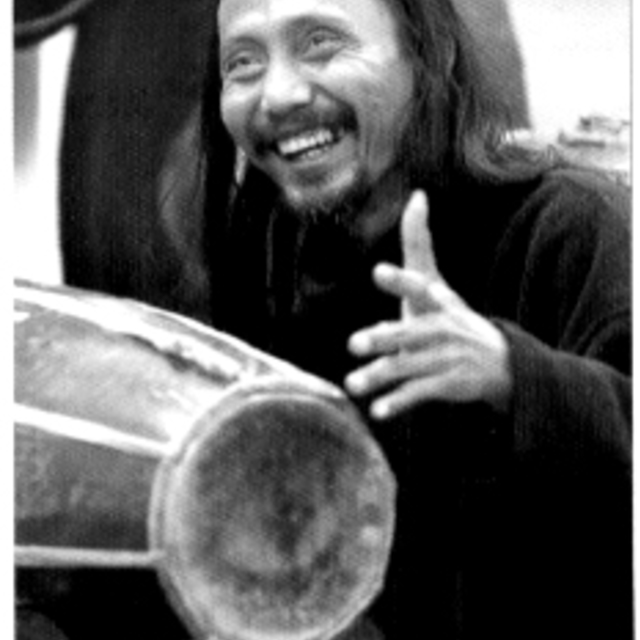 Wayan Gde Yudane is a leading talent among the new generation of Balinese composers. He has produced works for concert performance, theatre, sound installations and for film. His score for the 2000 Adelaide Festival production of The Theft of Sita (in collaboration with Paul Gabrowsky) won the Melbourne Age Critics Award for Creative Excellence and the Helpmann Award for Best Original Music Score. Among other honours, he has been the recipient of the annual award for the Best Composition ( Kreasi Baru ) for Balinese Gamelan on nine separate occasions as well as the 1999 Adikara Nugraha Award for the Creator of New Musical Composition, from the Government of Bali.

In Indonesia, he has participated in "Kemah Komponis" (AKI), "Temu Musik September", Surakarta (1998), and the Bali Millennial Percussion (1999). He has participated in the Wangaratta Jazz Festival in Australia (2001), and in 2002 was Artist-in-Residence at Victoria University of Wellington, New Zealand, supported by a Ford Foundation grant.

In Europe, he has worked with the Temps Fort Theatre, France and Cara Bali Group, Munich and has had works commissioned by La Batie Festival.

He has composed a number of pieces for Gamelan Padhang Moncar. With Gareth Farr, he composed and performed music for the acclaimed 2007 Capital E production of Spinning Mountain, a retelling of a Balinese story through puppets and music. This received major funding from Creative New Zealand, who have commissioned Yudane on many occasions, including two commissions for NZTrio. Yudane toured to Indonesia, Singapore and Australia with the NZTrio in late 2007. Their performance of his collaboration with Jack Body received the following review in The Australian:

"Paradise Regained, a work dedicated to the victims of the Bali bombing, is succinct, dramatic and technically ferocious and was beautifully executed by pianist Sarah Watkins and I Wayan Gde Yudane on an Indonesian xylophone-like gangsa. Rhythmically fevered fragments were exchanged between the players on and off the beat, framed within a mercilessly driving pulse. The quickfire exchanges and emphatic unison points seemed to represent not only a powerful interaction between two discrete cultures, but also a successful example of fusion." - (Review of Encounters II, Queensland Conservatorium of Music, Brisbane, November 22-25 by Gillian Wills, The Australian, November 30, 2007)

A House in Bali

for string quartet, gamelan, narrator and sheng (or oboe)

for solo voice with SATB choir

for vibraphone and piano

for piano and gangsa, 4m

for violin, viola and gamelan

Sonic Dissonance | The Music and Life of Composer Yudane