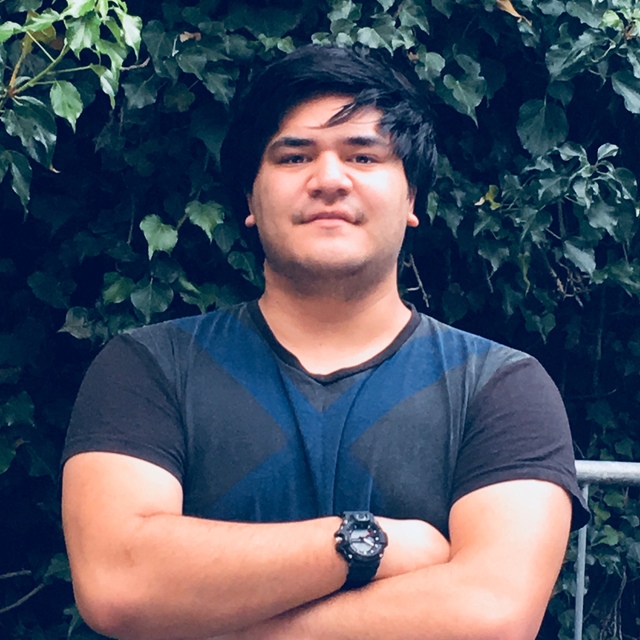 Reuben is composer, conductor, teacher and performer based in Auckland, New Zealand. He is primarily of Ngāpuhi and Te Arawa descent.

He completed his bachelors of music degree in 2019 (majoring in composition) at the School of Music at the University of Auckland. Here he studied under Dr. Leonie Holmes, Associate Professor Eve de Castro-Robinson and Dr. John Coulter. He developed skills in composing for solo instruments, ensembles, choirs, and orchestras, as well as composing for electroacoustics, MIDI instruments, film and video games.

While studying, his works were constantly performed and workshopped by professional ensembles and musicians. His work No Ordinary Sun, inspired by the poem of New Zealand Poet Hone Tuwhare (1922-2008), was workshopped by the NZTrio and was an Auckland finalist in the NZTrio Composing Competition 2017: 'Turn a Phrase'. In 2018, his two piano work E Ka Tanuku, written in memory of his tupuna Kepa Ehau, was performed at the Llewelyn Jones Piano Composition Competition 2018 and was the winner of the competition. His work Ngā Rangi Tuhaha was workshopped by the APO as part of their ‘Our Voice’ Orchestra programme. Haeretanga o Mataatua is a piece for brass trio, which was selected for the APO 'Our Voice' Ensemble Workshop 2018. This portrays the story of Puhi-moana-ariki and the Mataatua waka and how he turned it to stone at the Takou awa. His piece Takoto mai rā, for SATB divisi choir and written in memory of his grandfather Waata Rameka, won the Douglas Mews Choral Prize in 2019.

In 2018, Reuben was selected as the APO ‘Rising Star’ Young Composer-in-residence. His piece, Hīkoi, was premiered by the APO at the APO Summer School Finale Concert 2018. The piece was also performed again in 2020 for the Kiwi Kapers Concerts, where it supported the on-stage performance of the Massive Theatre Company, depicting the life of Māori tennis legend Ruia Morrison. Ko Māui me te Rā, a piece written for full orchestra and SATB choir, was premiered at the Discovery Concert 2018. This piece is a retelling of the famous Māori legend of Māui and the sun. Reuben maintains a good relationship with APO and is currently composing new works for them and other ensembles.

In 2020, he completed his graduate diploma in teaching, specialising in secondary music education. Here, he studied music curriculum design and education under Dr. Graham McPhail. He currently works as a music teacher and choral director at his old secondary school, Aorere College. His musical strengths include composition, traditional and contemporary Māori music, choral, singing, theory, aural, musical analysis and performance.

for two pianos and voice, 6m