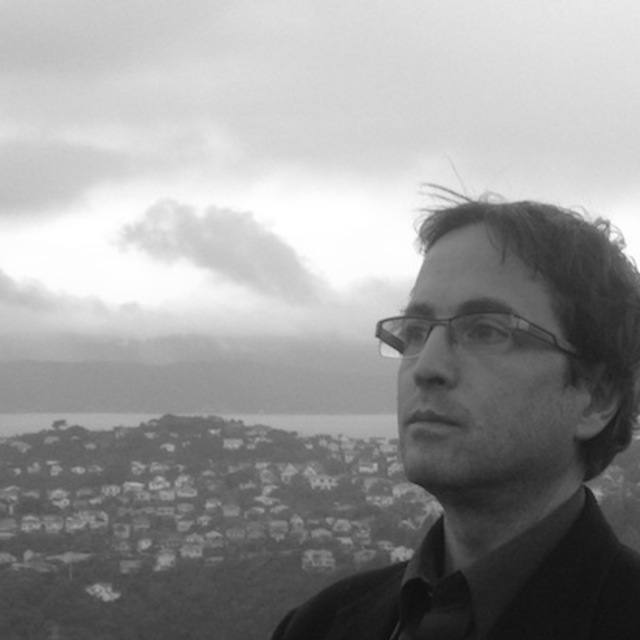 Stephan Prock is currently an Affiliated Associate Professor at Northeastern University in Boston, Massachusetts. He has also taught at Te Kōkī New Zealand School of Music, The University of Richmond, The College of William and Mary and The University of Virginia where, in addition to his duties as a composer, he was Director of the New Music Ensemble. He holds a Bachelor of Arts degree from Mobile University, a Master of Music in Composition from The Florida State University and a Doctor of Musical Arts from Cornell University where he studied under the tutelage of Pulitzer Prize-winning composers, Steven Stuckey and Karel Husa. Additionally, he has worked at the American Academy at Fontaineblue in France with André Boucourechliev and spectralist composer, Tristan Murail.

Prock has written music for a variety of electronic and acoustic media, and his works have been performed throughout New Zealand, the United States of America and Europe. In March 2002 he was selected to participate in the first annual Minnesota Orchestra Reading Sessions and Composer Institute forum, headed by Aaron Jay Kernis and established for emerging composers. The orchestral work selected by the Minnesota Orchestra, Garden Varieties: Four Dance Vignettes, was subsequently read by the New Zealand Symphony Orchestra in 2006. April 2005 saw his score for the feature film When Love Walks In (Paladin Productions) win the Best Original Motion Picture Soundtrack award at the Bare Bones International Independent Film Festival. Mostly recently he won a “Director’s Choice Award” in the Boston Metro Opera’s Contempo Composer’s Competition for his song cycle Cages for the Wind, which has been queued for performance during Boston Metro Opera’s regular season.

In 2011, Stradivariazioni was commissioned and premiered by violinist Martin Riseley and pianist Diedre Irons during their national tour of New Zealand. Recent activity includes a commission by soprano Margaret Medlyn and pianist Bruce Greenfield, for an extended song cycle based on New Zealand poet Alistair “Te Ariki” Campbell’s set of poems, Cages for the Wind. An orchestrated version of the work followed with several movements being read by the New Zealand Symphony Orchestra with Margaret Medlyn in May, 2011. A new commission involving StarJam, an arts organisation committed to young people with disabilities, came to fruition in November 2011 when it was premiered by the Wellington Vector Orchestra at the St. James Theatre, Wellington, New Zealand. The same concert also included Prock’s “inclusive” orchestral experience, Open Waters, which has previously received multiple performances throughout the U.S.

Other commissions include those from New Music Delaware, the eXceptional Orchestra, The Duquesne Contemporary Ensemble, The Virginia Bar Association, CURRENTS, the Culbreth Theatre at the University of Virginia, as well as incidental music for the Christ’s College production of Shakespeare’s, The Comedy of Errors, at Cambridge University.

In addition to his compositional pursuits, Prock is active as a scholar and critic of film music. His article, Music, Gender and the Politics of Performance in ‘Singin’ in the Rain,’ appeared in the December 2000 issue of the Colby Quarterly. He has also presented his work on film music at a number of national and international conferences including the National Meetings of the American Musicological Society, The Society for Ethnomusicology, the Lyrica Society and the Royal Musical Association in England. He is currently working on a book centered on the relationship between music and issues of gender and subjectivity in postwar Hollywood cinema.

"Prock took the last five poems from a collection [by Alistair “Te Ariki” Campbell] called Cages for the Wind and set them as a cycle…A beautiful work, the performance realising all of the force, whimsy and tender sentiment of the settings." - Peter Mechen, Middle C, 11/7/2010

from 'Cages for the Wind'

for soprano and orchestra, 20m

from 'Cages for the Wind'

for soprano and piano, 20m

for high voice and chamber orchestra

for trumpet, celesta and chamber orchestra