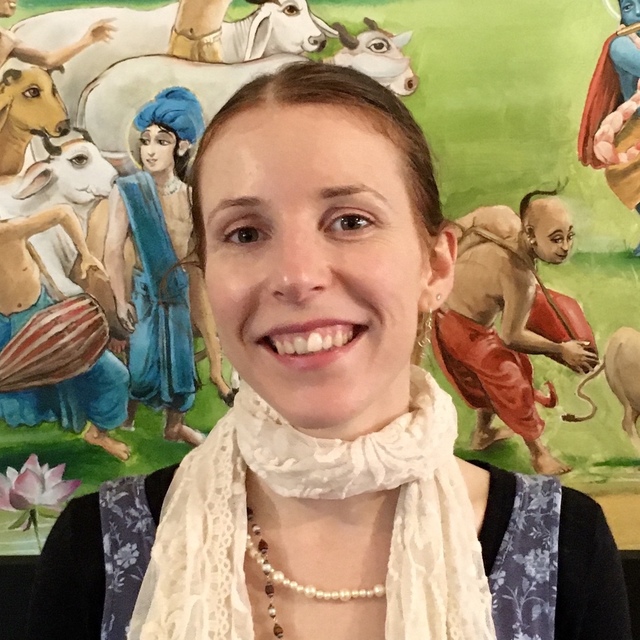 Sarah Ballard is a New Zealand composer based in Wellington. Her works have been performed by ensembles such as the New Zealand Symphony Orchestra, the Auckland Philharmonia Orchestra, NZTrio, the Karlheinz Company, Stroma, Avanti! Chamber Orchestra (Finland) and Ensemble Nikel (Israel). Her work explores the use of timbral processes to generate form and most recently draws inspiration from timeless Vedic concepts.

Sarah was the 2012 winner of the NZSO Todd Young Composer Award and in 2014 she was the National Youth Orchestra of New Zealand Composer in Residence. In 2015 Sarah took part in the Avanti! Ensemble Summer Sounds festival where she attended workshops taken by Jukka Tiensuu, Tomi Räisänen and Magnus Lindberg.

As a bhakti yoga practitioner, Sarah regularly performs kirtana at Wellington’s Bhakti Lounge centre. Her love of this ancient art form is a major influence of much of her most recent works such as Paramātmā, Prema Lahari, Āśā-bandha and Murali. Much of the inspiration for her current works is derived from transcendental literary classics the Bhagavad Gītā and Śrīmad-Bhāgavatam. She views her compositional projects as an opportunity to give from the heart to performers and audience members alike.

Sarah completed a DMA in music composition at Victoria University of Wellington under the tutelage of Michael Norris. She completed a Masters in 2013 at the University of Auckland, studying with John Elmsly and Leonie Holmes.

Beneath the Antarctic Ice Sheet where only specialised lifeforms exist

for voice and string quartet, 10m

for orchestra and improvising vocalist

for viola and piano, 13m

The Wind in a frolic

for chamber orchestra and improvising vocalist