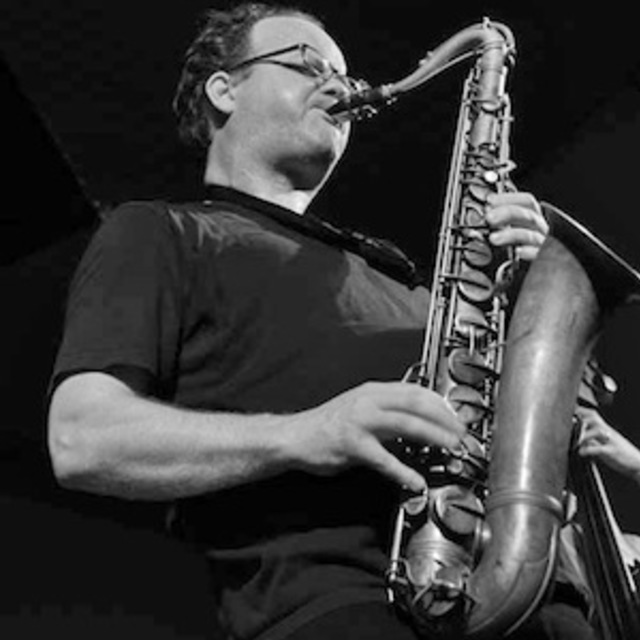 New Zealand saxophonist and composer, Roger Manins, grew up in the Awhitu Peninsula, picking up the saxophone at the age of 12. Manins moved to Sydney in 1994, where he based himself for much of his musical career. In 1996, he left for New York, immersing himself in the creative hub of the New York scene for almost three years. Returning to Sydney, Manins began to emerge as a powerhouse in the ebullient Australian scene, winning the Australian International Jazz Awards title (saxophone) in 2002 at Wangaratta.

Manins brings a unique Trans-Tasman perspective to New Zealand jazz and performs regularly throughout the Australasian and Pacific regions. He has recorded on roughly 30 albums with many of Australasia’s leading artists and released six of his own projects, appearing on labels such as Rattle Jazz and Rufus Records. In both his recordings and performances, Manins demonstrates a deep understanding and love all Jazz styles including Blues, Traditional, Swing , Bossa Nova, Straight ahead ‘standards’, Hard Bop, Modern Jazz, Latin Jazz and Free Jazz. Recently, Manins featured on Anita Schwabe’s Eat Your Greens released in June 2018.

Currently, he is a Senior Lecturer at The University Of Auckland’s Jazz department. As well as being co-founder and Artistic Director of CJC Creative Jazz Club Aotearoa, he also helps to coordinate the Auckland Jazz Festival.

Silo
The Beauty in Their Eyes