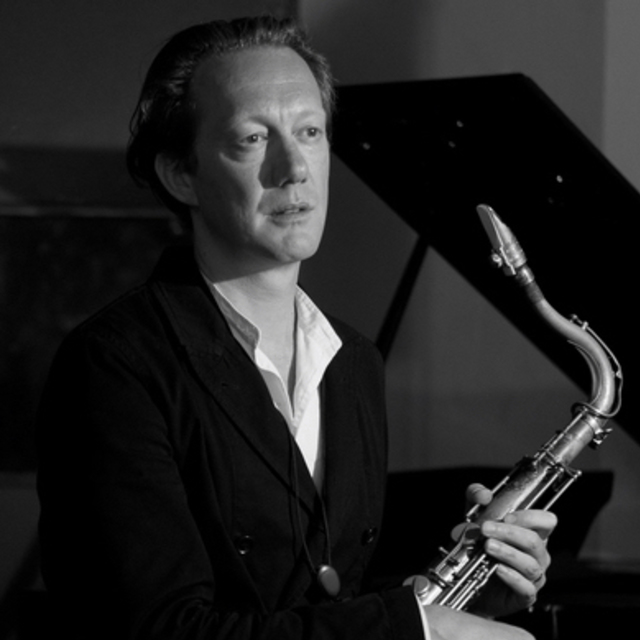 Nathan Haines is an internationally renowned saxophonist, composer, producer, bandleader and vocalist with a body of work in multiple styles stretching back for over two decades.

With 10 solo albums to date (two of which have attained Gold status in his native New Zealand), Nathan is a musician who blends his love of jazz with modern production styles and a dancefloor sensibility. Nathan is a headline artist at London’s Ronnie Scotts Jazz Club, and he's performed at many international festivals and clubs as both a solo artist and as a DJ.

Nathan has won New Zealand's Tui Jazz Album of the Year award three times, most recently in 2014 for his small big band/ensemble/vocal album Vermillion Skies, as well as appearing in international publications Straight No Chaser, UK Time Out, and UK's Music Tech magazine which ran a six page special on the making of his analog straight to tape album The Poet's Embrace.

The eldest son of jazz bassist Kevin Haines, Nathan was born into a very musical home on the North Shore of Auckland in New Zealand. Along with guitarist brother Joel, the pair alongside their father were playing major international Jazz Festivals in New Zealand by the mid 80’s.

Nathan left for studies in New York in 1991 which immersed him in the worlds of jazz, hip-hop and latin musics, all of which were to become a big part in the bands he went on to later form, and influence the records he would make. 1994 saw the release of the ground breaking Shift Left album by Nathan – his first as a solo artist – which blended live rhythms with analog synthesisers, strings, vocals, and turntable scratching. This album won New Zealand Jazz Record of the Year, and was certified Gold. In 1995 Nathan moved to London.

In 1997 Nathan and drum and bass producer A-Sides (Jason Cambridge) formed the experimental cross-over production duo Sci-clone which made jazz inflected dance music for successful independent labels such as Metalheadz and Reinforced – as well as gaining an international reputation for unique, beautifully crafted drum and bass that was musical as well as hard hitting on the dancefloor.

Through the late 90’s Nathan eventually teamed up with West London based producer and DJ Phil Asher and their two albums Sound Travels and Squire for Hire for dance label Chillifunk remain classics. Nathan also started regularly gigging with US soul legend Marlena Shaw who sung the title track from Squire For Hire – propelling the tune into the record boxes of DJ’s the world over. Other collaborators on the album included UK soul diva Vanessa Freeman, Damon Albarn in his D-2 Gorillaz guise, US poet Rich Medina, and other UK musicians and singers.

After the success of this album Nathan featured on hundreds of records including Jamiroquai (2005’s Dynamite), 4 Hero, Mark de Clive Lowe, Reel People and with Italian pianist Marco di Marco. He also recorded a jazz album with the New Zealand Symphony Orchestra with arrangements by the Grammy Award winning Alan Broadbent, and performed a sell-out concert theatre tour in New Zealand in which tens of thousands experienced his music alongside the magnificent ninety plus Symphony Orchestra conducted by Hamish McKeich.

Nathan has also played many of the worlds jazz festivals and clubs including the North Sea Jazz Festival, London’s Jazz Cafe and Ronnie Scott's, and the Tokyo Blue Note.

Long term collaborator and keyboardist/producer Mike Patto teamed up with Nathan in the mid 2000’s and the pair made several records together, culminating in the analog straight to tape album The Poet’s Embrace. This album saw Nathan return to his jazz roots and has been heralded by critics and musicians internationally as one of Nathan’s finest releases showcasing his tenor saxophone playing.

The pair collaborated again for Vermillion Skies which debuted at number five in the New Zealand national charts in March 2013. Also released on limited edition vinyl, the record features Nathan singing on two vocal tracks, plus the addition of a six-piece horn section.

Throughout 2014 Nathan recorded 5 A Day with Mike Patto. The album features beats from Marc Mac (one half of UK duo 4-Hero) and New Zealand based hip-hop producer P-Money.

Ancestral Dance
As One

Celestial You
Consequence
Count on Me