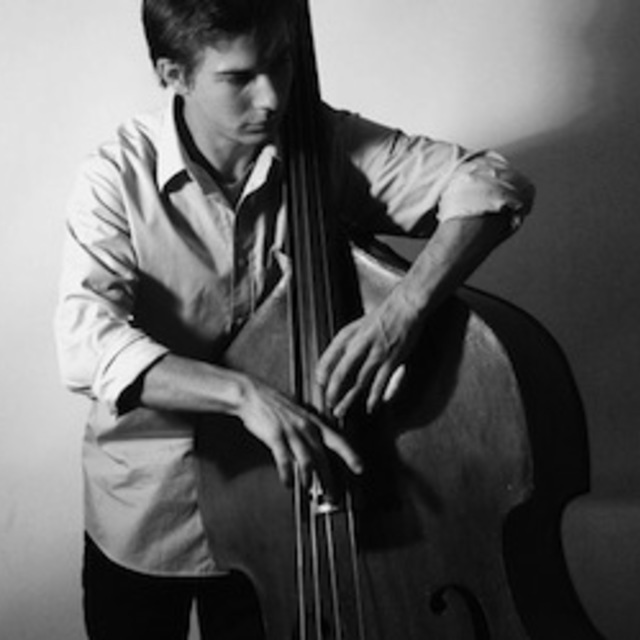 Born of a musical family, Tom Dennison started out playing electric bass but found his calling when at age 16 he became tall enough to tackle the double bass. While still at high school, Tom performed with the Steven Barry Trio, a regular working ensemble who devoted each weekend to 'paying their dues' by playing outside local cafes. Since then, he's performed in various jazz groups, including the Alan Broadbent Trio, Mike Nock Quartet, Frank Gibson's Hardbopmobile, and the Roger Manins Quintet. He has established himself as a strong player in the Auckland jazz scene, and is regularly called for sessions and live shows.

Following a spell in New York where he worked under the guidance of Larry Grenadier, Matt Penman and Joe Martin, Tom returned to New Zealand to start work on Zoo. Working alongside Steven Barry, Peter Koopman Jr and Alex Freer, Zoo (released in 2011 on Rattle) presents four virtuosic emerging performers joined by seasoned saxophonist, Roger Manins. Dennison’s 2016 album, Rhodes Scholar, with Mark Baynes on Rhodes and Steve Harvie on Drums, showcases a trio tackling the cooler side of jazz with spectacular results.

As part of the three-piece, Heroes for sale, Dennison returned to the electric bass to explore gritty rock styles. The group’s 2016 release, Nothing To Be Done presents a viscous energy that contrasts with his jazz ensembles. His involvement in the newly formed group, Skilaa marries these two approaches, also introducing a pop sensibility. Their first single, Bluffin’ was released in mid 2018 and is an incredibly promising debut from this young group.

Tom has also done scores for short films, sound design work, music for theatre, composed electronic music and created musical contraptions including a midi controller made from potatoes. It’s clear that this multifaceted performer has no shortage of energy and talent to match.