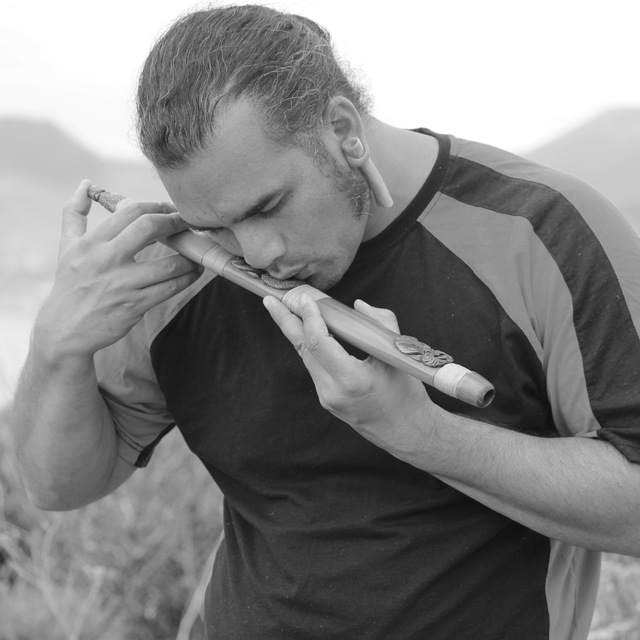 Mentored by the late Dr Hirini Melbourne and Richard Nunns (both credited as largely responsible for the revival of taonga pūoro), Horo won the inaugural Dynasty Heritage Concerto Competition in 2001 and in the intervening years has become the international Maori face of taonga pūoro. Performances including orchestral work with the Weimarer Staatskapelle Orchestra, hip-hop with Pao Pao Pao, Opera in the Park with Kiri Te Kanawa, guest artist at the 90th Commemorations of the Battle of Passchendaele, and international tours with Moana and the Tribe, Canti Maori, Irish collaboration - Green Fire Islands and the Voices NZ Choir have enabled Horomona to extend his knowledge and skills across diverse genres whilst remaining a cultural and musical educator in his own right.

Horo continues to immerse himself in the unique sounds, techniques and practices of taonga pūoro. As well as having distinct musical voices, each instrument has a specific use relating to rites of passage, storytelling and daily life for the Maori people. Knowledge of customary practices and functions is something important that Horo has brought to his compositions with diverse range of artists. Nga Tae, the NZTrio, UK Composer Paul Lewis, Gareth Farr, Ross Harris, Flautist, Luca Manghi, Fat Freddy’s Drop and Maisey Rika have all collaborated with Horo.

Performing at the 2013 Singapore Grand Prix alongside Rihanna, Tom Jones, Justin Bieber and Bob Geldof, was just one of the highlights of an extraordinary year for Horo. His duo Wairoa, with guitarist Josh Rogers, performed at European concerts and lectures at the prestigious chamber music Konvergencie Festivals in Kosice, Slovakia. Waiora were also the first New Zealanders in more than a decade to perform at the prestigious World Music Expo in Cardiff. This was the first time taonga pūoro had been played at the Expo, the largest annual gathering of the world music community.

Horo welcomes new compositional and performing collaborations as well as opportunities to give masterclasses and educate in traditional Maori music, dance and culture. He is currently based in Hamilton.

for taonga puoro and voice

Requiem for the Fallen

Ross Harris and Horomona Horo: Requiem for the Fallen - CD

WildSonicBlooms | Where We Overlap - CD

Requiem for the Fallen | Harris and Horo - CD

NZ Festival of the Arts | Close Listening: A Conversation with Laurie Anderson

For artist Laurie Anderson, listening is an art. The pioneering musician’s extraordinary career, ...

NZ Festival of the Arts | The Calling

Improvisational and incantatory, this immersive performance will feature Laurie Anderson and her ...

NZ Festival of the Arts | Here Comes the Ocean

AWE is the musical project of long-standing collaborators and sonic explorers, __Horomona Horo__ ...

**EVENT CANCELLED – due to the RED light setting, unfortunately this event is cancelled.** [Click...