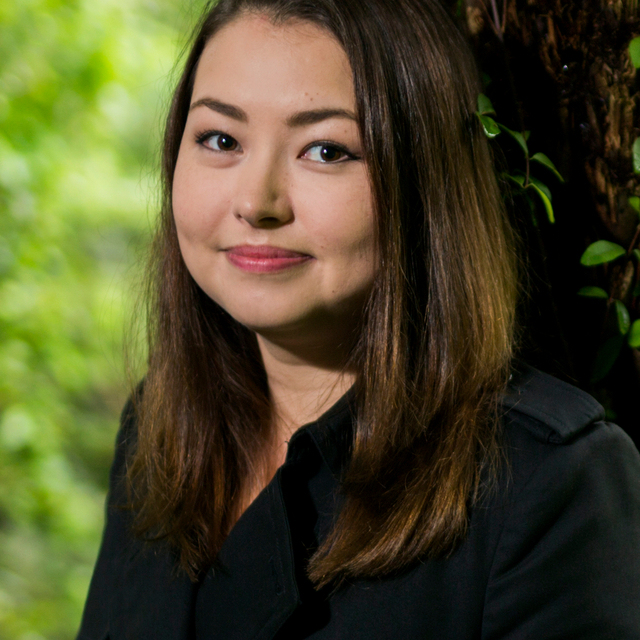 Salina Fisher (b.1993) is an award-winning New Zealand composer based in Te Whanganui-a-Tara Wellington. Her highly evocative music often draws on her Japanese heritage, as well as a fascination with the natural world. With a background as a violinist, Salina finds lyricism in unusual timbres and extended tonalities, with a sensitivity to detail and gesture. She is particularly interested in collaboration, and has worked closely with practitioners of taonga pūoro, Japanese instruments, ceramics, and film. Her music has been performed worldwide, including at ISCM World Music Days, Melbourne Recital Centre, Walt Disney Concert Hall, and The Kennedy Center.

In 2016 Salina became the youngest ever recipient of the SOUNZ Contemporary Award for her orchestral work Rainphase, written as NZSO National Youth Orchestra Composer-in-Residence. Rainphase has since been performed by a number of major orchestras including National Symphony Orchestra (USA) and Dallas Symphony Orchestra with New Zealand conductor Gemma New. Her string quartet Tōrino – echoes on pūtōrino improvisations by Rob Thorne, commissioned by the New Zealand String Quartet, won the 2017 SOUNZ Contemporary Award and has since been performed by Emily Carr String Quartet and Los Angeles Chamber Orchestra, and published by Wai-te-ata Music Press. Her piano trio Kintsugi, commissioned by NZTrio in 2020, will receive its New York premiere at The Lincoln Center in 2022.

Originally from Christchurch, Salina moved to Wellington in 2011 to study composition and violin performance at New Zealand School of Music – Te Kōkī, Victoria University of Wellington with composers including John Psathas and Michael Norris. Between 2017–2019 she studied in New York with Susan Botti at Manhattan School of Music (MMus), and won the Carl Kanter Prize for orchestral composition. In 2019 she was appointed Composer-in-Residence at New Zealand School of Music, and since 2020 has been a Teaching Fellow in Composition, lecturing in instrumentation, orchestration, and composition.

for violin and vibraphone

for cello and piano, 6m

for woodwind trio and piano

At the NSO, a vibrant program under vigorous control (The Washington Post, 18 January 2020) - REVIEW

Amici Ensemble at St Andrew's on The Terrace

Auckland Philharmonia Orchestra | In the Elements