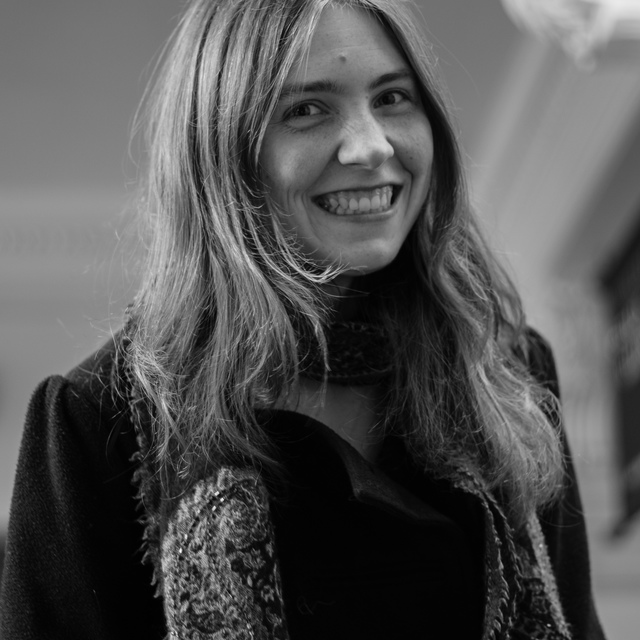 Kirsten Strom is a young composer, conductor and creative writer. From a life-changing encounter with God as a child, she is drawn to sacred works and the creative use of spatial design. Her credo is to glorify God in her work, like Bach before her. Key interests include mixed media, work with a conscience and the complex beauty of nature. Her music has been performed internationally, commissioned, and aired on radio in her native New Zealand.

In one of her significant performances, Kirsten represented New Zealand in the 2018 Asian Composers League Festival in Taiwan as a main category composer. Her choral work 'Ktisis' paints the dawning hours of creation and the explosion of light into the universe at God’s words, “Let there be light.” It was premiered by Taipei Chamber Singers, directed by CHEN Yun Hung in the stunning National Theatre and Concert Hall, Taipei.

She was also named the Young Composer-in-Residence with the Auckland Philharmonia Orchestra in 2017. Her commission 'Wake-Up Call' for orchestra and smartphones received enthusiastic responses under the deft batons of Ray Chan and Tianyi Lu, causing the Auckland Town Hall to shake with spontaneous clapping and stomping from the audience. Her orchestral work 'Ice' won the Orchestra’s Choice Award with the NZSO in the Todd-NZSO Young Composers Awards 2017, was aired on national radio, and was workshopped by the APO in 2016. Depicting the beauty of an iced-over lake, it was selected for the NZ Composer Sessions 2019 with the NZSO, RNZ and SOUNZ.

In 2019 she was selected as a Composer Fellow for Etchings Festival, France, writing a new work for Linéa Ensemble, under excellent mentors Kaija Saariaho, Francesco Filidei, John Aylward and Martin Brody. Her ‘Moodscenes’ for mezzo-soprano was featured in Risuonanze Festival 2019, sung by Akiko Kozato in Trieste, Italy.

Her music has also been played by New Zealand chamber groups ACE Brass and Aroha String Quartet, the latter selecting her piece 'Purity' for their recordings in 2015. In May 2017 she won the Antipodes Percussion Project’s Suitcase Composition Competition and Audience Choice Award with 'Time is Money' for coins, a playful critique of consumerist society.

Kirsten Strom has devised and performed live electronics works. In 2018 she was an artist-in-residence for the Estalagem Live Electronics Residency in Madeira. This saw the premiere of ‘Vento’ (‘Wind’), a new work written during the residency for Keiko Murakami on bass flute and electronics. Another work ‘Nexus’ for voice and electronics incorporated a digital doppelganger, exploring concepts of nuanced isomorphism and agency.

A graduate of the University of Auckland, she is working towards a Master’s degree with the Royal Academy of Music, London, creating an album of worship songs, and a new work for Koru Quintet.

Mist - an étude for piano

Songs of the Deep

for solo clarinet in B flat, 3m

speeding through the night

Local composer Kirsten Strom has been accepted for a Masters with the prestigious Royal Academy o...