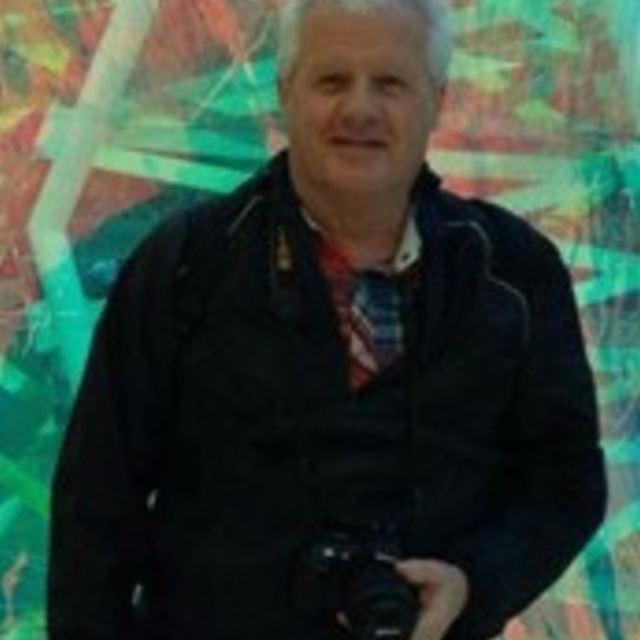 Richard Francis was educated at Testwood College in Hampshire, England where he was awarded a Junior Exhibition in music allowing him to have free music lessons and an opportunity to play in the County Youth Orchestra at a specialist music centre in Winchester.

In 1964 he was awarded a count major scholarship to attend the Royal College of Music (1965-1968) to study the Clarinet as his principal study, the piano as a second study, singing as a third study and composition. He passed the ARCM Clarinet Teaching Diploma with a pass in Advanced Theory in 1967. As part of his studies he played the clarinet in the principal orchestra and participated in many chamber music concerts. He graduated from the R.C.M. with a ‘Graduate of the Royal Schools’ diploma (GRSM).

From 1968-1970 he enrolled for a post-graduate teaching course (2yr shortened of an equivalent 3yr course) at Whitelands College, a constituent teaching college of the University of London. At the completion of the course he was awarded a Certificate in Education (Advanced Music) with a merit pass from the University of London Institute of Education.

His first teaching position (1970 1974) was as Head of Music Department at the John Howard Grammar School in Hackney, London.

During a sabbatical year (1974 – 1975) in the U.S.A., he participated in seminars and workshops at Berkeley University for ‘under-privileged children’ in a music education programme consisting of gospel, rock and jazz as well as cultural events in the city of San Francisco. Later in 1975 on a visit to Hungary, he was invited to see and experience the ‘Kodaly method of choral instruction’ at work at the ‘Kodaly School’ and other state schools in Budapest. He has used this method in the classroom.

In 1975 he was appointed as an Itinerant Woodwind Teacher in the South Canterbury region of New Zealand. With the development of players in the area, he formed in 1978 a combined high school orchestra who gave regular concerts. In 1980 he was granted New Zealand citizenship. He has always sought to improve himself musically and in 1981 gained an LTCL Piano Teacher’s diploma, Trinity College, London and in 1982 gained a FTCL in Clarinet Performance from the same college. He also formed a high school trio (Ebony Trio) for flute, bassoon and piano who performed a composition of his in the national finals of the 1983, Westpac Schools Music Competition, Wellington.

In 1984 he enrolled for the MMus. degree in Composition at the University of Otago supervised by Associate Professor Jack Speirs and later that year completed the degree with a distinction pass and a ‘Certificate of Proficiency in Singing’ tutored by Senior Vocal Executant Lecturer, Honor McKellar. During the year he performed the role of ‘Macheath’ (lead role) in the University of Otago Music Department’s production of the ‘Beggars Opera’ revised, produced and directed by Professor John Drummond. Later in the year he was the winner of the ‘Philip Neil Memorial Prize in Music’ from the University of Otago, his entry was a ‘Song-cycle (Auden) for Baritone and Pianoforte’.

He was chosen as the ‘Composer-in-Schools’ in 1986, working with composition students in Dunedin Schools. He composed a choral piece (which included percussion and C instruments) ‘Sing Surf Rider’ words by poet Marie Darby, for Columba College Madrigal Choir. In the following year the choral piece was selected as the ‘mass item’ at the Otago Secondary Schools Music Festival and was performed by combined choirs. He composed original music for a dance performance ‘Let There Be Peace’ choreographed and performed by Dunedin North Intermediate pupils at a Dance Festival for Schools, November 1986. The dance music was also broadcast on TVNZ as part of a programme about the Composer-in-Schools scheme.

In 1987 he was appointed as an Itinerant Woodwind Teacher in the Auckland education area, based and supervised by Auckland Grammar School where he also taught the Saxophone and was conductor of a Jazz Concert Band. In 1988 he tutored and composed music for a Trio (flute, cello and piano) from Pakuranga College, Auckland who performed a composition of his in the National Final of the 1988 Westpac schools Music Competition (later televised on ‘Opus’ TVNZ, August 1988). Over the years some of his students were finalists in young composers competitions and some after leaving school pursued courses in composition and performance at University.

Richard Francis continued to teach woodwind instruments, composition and scholarship classes until 2011 when he retired as a full-time teacher. He now teaches part-time at Liston College, Henderson where he teaches piano, woodwind instruments and scholarship classes. He is now in the second year of a full-time DMus degree at the University of Auckland, Music Department. His main supervisor is Dr Leonie Holmes and his co-supervisor is Assoc. Prof. Eve de Castro-Robinson. As part of his studies he has completed a ‘Concerto for Tenor Saxophone, Percussion and Mixed Ensemble’ and is near completion of a three-movement work for orchestra called ‘Time’ which is a tone poem inspired by a poem by Allen Curnow of the same title. His semi-retirement has afforded him the time and opportunity to travel, to compose more music and to engage in further music study.