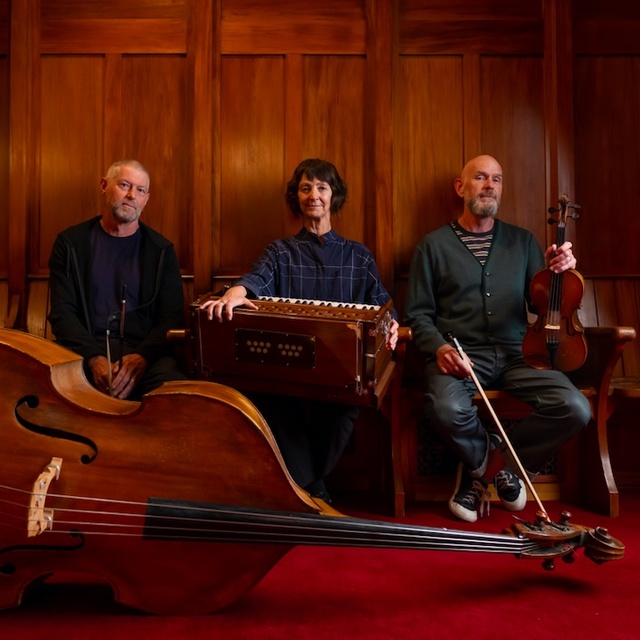 Their score for They Shall Not Grow Old (dir Peter Jackson) was a nominee for the 2019 Critics Choice Documentary Awards. They have won Best Feature Film Score three times at the NZ Film & Television Awards for Predicament, Saving Grace, and Jack Brown Genius. They were finalists at the 2015 APRA Series awards for Life Force as well as being NZ Film & Television Awards finalists for Jubilee and Perfect Strangers (film) and Forgotten Silver and Earthquake (TV).

Following the 2020 COVID-19 lockdown they received a grant from Creative New Zealand to compose and record a new work for altered string quartet with two voices. The result is The Bewilderness, featuring David on double bass, Steve on violin, and Janet on harmonium with vocals by Ruby Solly, Tristan Carter, and Jonny Marks.

Recently Plan 9 composed the music for Linda Niccol’s Poppy. In 2020, they created the score for The Tender Trap, a Greenstone Pictures film directed by Sima Urale. They also provided music for Go Further South and scored Kerry Fox’s first short film Topping Out. In 2018, they created the original music for Volcanic New Zealand, and in 2017, Modern Dinosaurs for Discovery UK/NZ. Plan 9 composed scores to two flagship Animal Planet telefeatures screening worldwide – Living With Maneaters and Mysterious Wilds of India, plus TVNZ’s Our Big Blue Backyard 1 and 2.

Included in their thirty feature films are Annie Goldson’s documentary Kim Dotcom: Caught In The Web (2017), The Great Maiden’s Blush (2016), and What We Do In The Shadows (2014) by Taika Waititi and Jemaine Clement. There was the stunning feature documentary Antarctica: A Year On Ice and a Japanese/French/Discovery co-pro documentary series called Life Force 2 (aka Mutant Planet 2) which won a Gold World Medal at the New York Festivals’ International TV & Film Awards.

In 2014 they were commissioned by Radio NZ to create a new theme for Morning Report, and it’s still playing.

With David Long, they co-wrote the dwarves song Misty Mountains for The Hobbit: An Unexpected Journey (2012), and this theme became part of the score by Howard Shore. Also with David, they wrote cultural music and created musical sound design for The Lord Of The Rings trilogy and King Kong. Their music was also used in The Lovely Bones.

Plan 9 have been providing music editorial services since the early days of the Lord of the Rings animatics for Peter Jackson. They’ve done music editing and temp score editing on numerous films and TV series for NZ and international projects.

They have written and performed a ballet score for the Royal New Zealand Ballet, created the music for the NZ pavillion at Shanghai Expo 2010, and provided the music for Golden Days, an original favourite Te Papa installation.