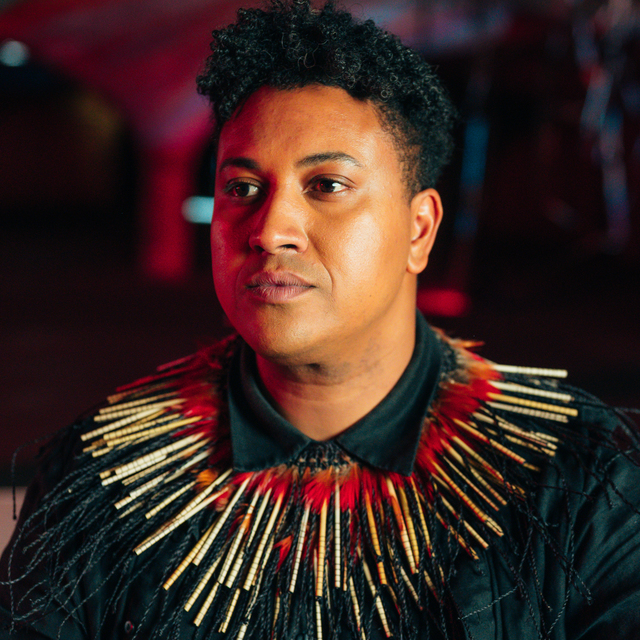 Creator & Change Agent , Samuel Gaskin has always been one to stand out in a crowd. Not only is he an accomplished Artist and Actor, he also runs his own company Beat Entertainment, a BIPOC LGBTQI+ led and focussed entertainment company.

On top of his creative pursuits, Samuel is also a passionate activist for diversity and inclusion in the entertainment industry.

His early work “GANK” spent 4 weeks at no.1 on the Triple J Unearthed Electro Charts in 2010. “Marathon” his collaboration with Congo Tardis number one was signed to New York label Gold Whistle. In 2016 Sam signed with Razor Recordings and released two debut singles “Good Enough” & “Love”.

Having collaborated with some of the most talented people in Australia, recently Samuel has been performing and writing almost exclusively with Indigenous song writers in Australia, working with Yothu Yindi & The Treaty Project and The Merindas.

Working with Aria Award winning collaborator and friend Pip Norman (Troye Sivan, Baker Boy, Kate Miller-Heidke) Sams next single RECKŌNING has been given the ultimate praise “Delights every one of the senses for those lucky enough to witness it” - Rolling Stone

Samuel Gaskin-Multi-Hypho Ep 4-Who would we be? w/ Sam Gaskin