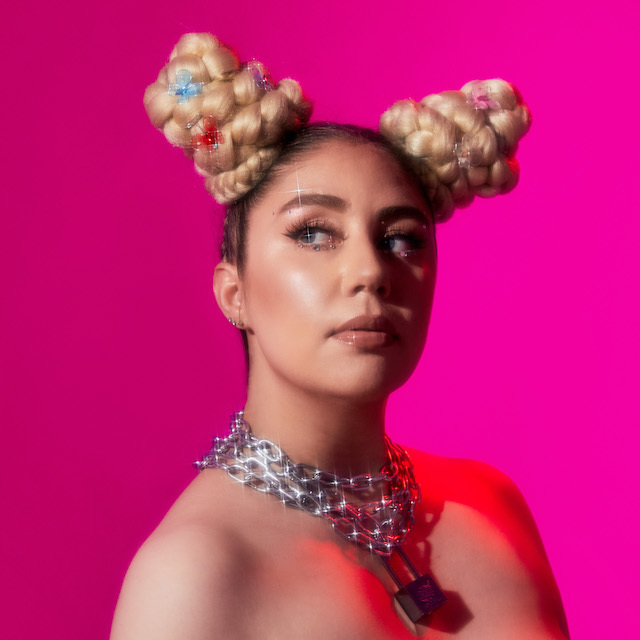 There is an undeniable strength and mana that runs through all that Theia does. The Ōtautahi-born artist is at the forefront of a new generation of young Aotearoa creatives determined to smash through the glass ceiling.

When Theia is not pushing boundaries and challenging social injustices through her edgy alt-pop bangers, she’s releasing exquisite angelic waiata that pay tribute to her tūpuna wāhine as part of her reo rangatira project, TE KAAHU.

Theia revealed her reo Māori project TE KAAHU in 2020 and in 2022 she released the project's debut album 'Te Kaahu O Rangi' to critical acclaim. The album pays tribute to Theia's tūpuna wāhine and also transforms into a mesmirizing live show.

Theia has a catalogue of work that stretches back to 2016, when her debut single 'Roam' became a radio and streaming hit. Her work as Theia has drawn a loyal fan base across the globe, receiving critical acclaim from the likes of Pigeons & Planes, Rolling Stone, Clash and Billboard Magazine. Her music has earned her a multitude of nominations at the NZ Music Awards, the Waiata Māori Music Awards and the APRA Maioha Awards as well as significant commercial radio play and chart success.

A highly regarded songwriter, Theia has twice been a finalist in the International Songwriting Competition, most recently placing third in 2020 with her song ‘Not Your Princess’. In the same year, she was also awarded 2ndplace in the Unsigned Only (Top 40/Pop) songwriting competition. She is also a Top 5 finalist in the 2022 APRA Maioha Award.

Theia is a mesmerizing live performer, both with her high energy Theia shows and with her intimate, spellbinding TE KAAHU performances. She has played at many of the country’s largest festivals, as well as opening for acts such as Sia, Mika, Portugal. The Man and Tones and I. She has toured NZ and Australia.

Telling Everyone My Name