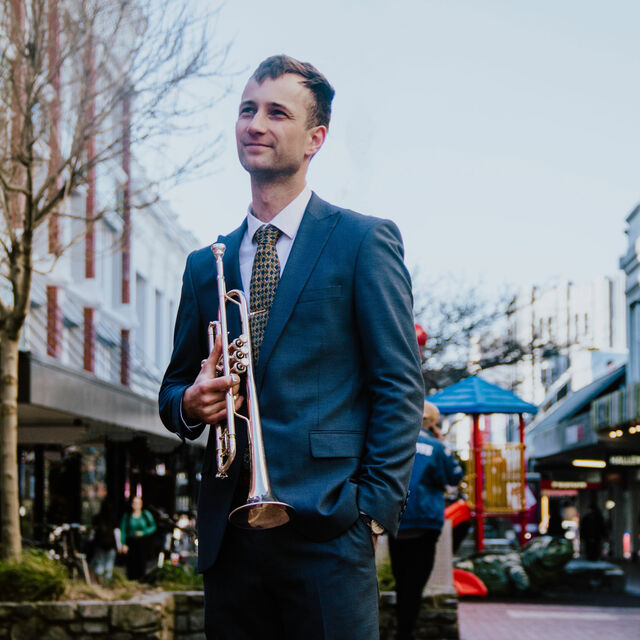 Since returning to Wellington two years ago after living abroad in Edinburgh, UK, Mike has proved to be one of the city’s most prolific and exciting trumpet players. Over the course of his career he has played music with the likes of The Wellington City Shake-‘Em-On Downers, TOI, the Rodger Fox Big Band, Louis Baker, and The Black Seeds, as well as written music for the RNZAF Jazz Orchestra, and the Loemis Winter Festival.

Mike began learning trumpet at a young age, playing in local brass bands and concert bands. He studied Jazz Performance at Victoria University, where he graduated in 2014 with Honours. In 2018 he moved to Scotland, where he quickly ingratiated himself into the local music scene. Since returning home in 2020, Mike has been continuing to play frequent jazz gigs throughout Wellington, as well as writing music for a variety of ensembles.