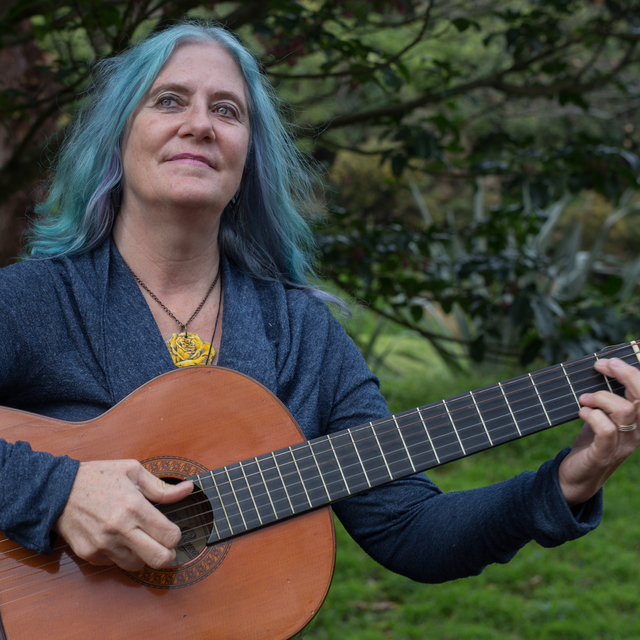 Julie was born in Wellington and studied music at the New Zealand School of Music. She has performed in many festivals around NZ and internationally, and has recorded for film, TV and Radio. She founded 'Zamba Flam', the first band in Wellington dedicated to performing Brazilian music, and is a founder of the Wellington Batucada. In 2003, Zamba Flam recorded a CD in the Legislative chamber of parliament. This was made possible with the support of the then Speaker of the House Jonathan Hunt.

Julie is also the founder/director of Jamming Knot, a quartet performing original music, and the Julie Bevan Quartet, which focuses on bossa nova. In 2004 she received a grant from CNZ to travel to Brazil to study Brazilian music. In 2008 Julie performed a concert of original music in TribOz - a high level jazz club in Rio de Janeiro, Brazil. It was in Brazil that Julie first began composing, inspired by the energy and culture of Brazil. In 2009, again with assistance from CNZ, Julie directed and produced a multi media performance of the Afro Sambas of Baden Powell with an 11 strong cast of musicians and dancers from Brazil and NZ. This was performed in several festivals around NZ.

Swedish Arts Council funding took Julie to Sweden in 2012 to enable a collaboration with Swedish composer/musician Harald Erici. Together they performed concerts and participated in festivals with their 'Amazonia Wildwoods Stories'. 2019 saw Julie record her first album of original music. This eclectic work represents the many musical styles she has studied/performed. This album was recorded both in Brazil and Aotearoa NZ.

As a teacher Julie has given workshops in several NZ festivals. She has worked as an itinerant music teacher in NZ schools and has taken private students. In 2014 Julie created the 'Blue Fire Tigers', a free programme of music teaching targeting disadvantaged youth. Julie is also the only accredited teacher of the 'SALF' method of learning Brazilian Rhythms. This system was developed by Dr Michael Ryan.