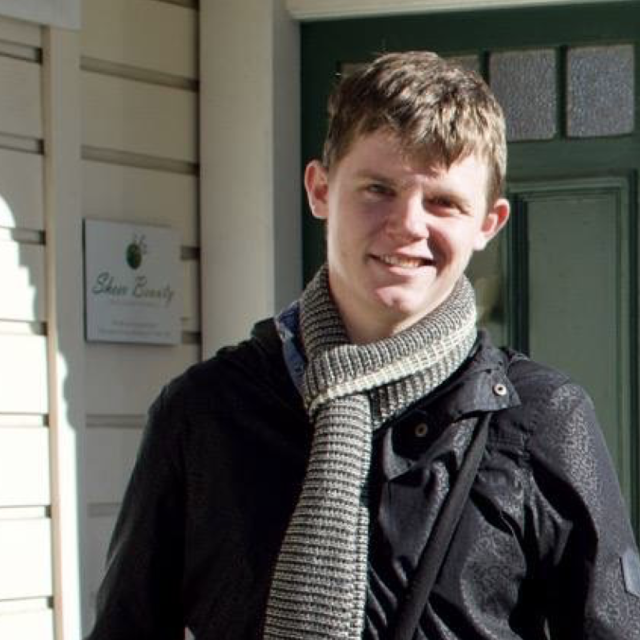 Richard Paull is a young music composer, performer and conductor who completed his studies at the University of Auckland School of Music at the end of 2018, studying a Bachelor of Music (Honours) in Instrumental & Vocal Composition under Leonie Holmes and Eve de-Castro Robinson.

Richard was born in London, before migrating to New Zealand where he grew up in Taupo, having played Violin since 9, and the Trumpet since 12. He attended Taupo-nui-a-Tia College for 5 years, where he discovered his potential as a composer, and was subsequently accepted into University through this major.

During his university studies, he has had a number of his compositions performed over a variety of different instrumentations. In 2017, he received a Highly Commended Prize in the ANZVS Australasian Viola Society Composition Competition for his piece Knife's Edge, and has had other pieces performed and workshopped by professional ensembles such as NZTrio and ACE Brass. He has also been a three time finalist in the University's Douglas Lilburn Composition Prize Concert, with one of his entries earning the performer Caroline Norman a Performance Prize in 2017.

As well as composing, he has performed in many ensembles across Auckland, Taupo and around the country, including Violin and Trumpet for the Auckland Youth Orchestra and New Zealand Youth Symphonic Winds respectively. He has also dabbled with administrative tasks, having served as Secretary of the School of Music Students Association (SOMSA) in 2015.

Currently taking a gap year, Richard composes and arranges music for school and community ensembles, and uses his spare time to teach Violin and Trumpet to students, while also conducting and leading high school ensembles and chamber groups.