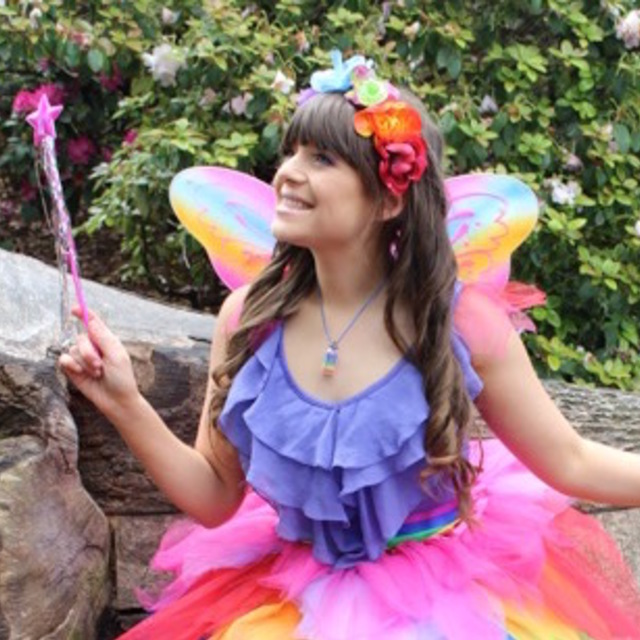 Rainbow Rosalind the Fairy is an award-winning Children’s Singer/Songwriter and Entertainer based in Dunedin, New Zealand.

Her recent successes include the APRA Best Children’s Music Video Award 2016 for her original music video ‘ Aotearoa, Home of our Hearts’, and the recent release of her debut album of all original children’s songs, entitled ‘ Kia Ora’ .

Some of her recent performances include the Queenstown Winter Festival , The Plunket Big Day Out, narrating ‘ Peter and the Wolf ’ with the Dunedin Youth Orchestra, and her most recent tour, performing for schools and orphanages around Fiji.

A Fairy and a Pirate

Aotearoa, Home of our Hearts