Unearthing the sonic possibilities of the acoustic and the electronic, Ensemble Offspring present NEW RADICALS to kick off their 2012 program.

This is new music to be seen, heard and most importantly felt. It’s modern folk music gone insane – think megaphones, bell laden gloves and a mass of melodicas.

Co-presented by the New Music Network, NEW RADICALS brings Sydney and Canberra audiences the hottest new music both locally and internationally. Introducing the remarkable sound spectrums of six cutting edge composers hand picked from around the globe, NEW RADICALS is sure to excite and push the envelope.

Forget your preconceptions about what music is, and open your imagination to what music can be in a mind-blowing series of shows by Ensemble Offspring in 2012. NEW RADICALS is the perfect way to launch this year’s season – proving contemporary classical music is not just alive, it’s kicking!

“I thanked these musicians for creating a space for this music to be heard, inhaled, versed, warped, wet, born, aired… Who needs drugs anyway? (RealTime)

Composers and performers include:

The Composers & Works: Yannis Kyriakides – Zeimbekiko 1918 Ekrem Mulayim – and e chart the topography of a moment WP Michael Norris – Save Yourself WP Simon Steen-Andersen – On and Off and To and Fro Oyvind Torvund – Neon Forest Space Matthew Wright – Breakdown 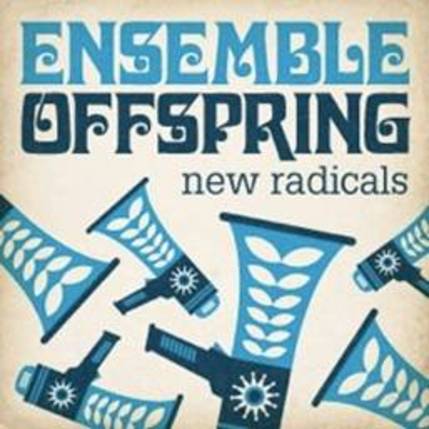 for chamber ensemble
by Michael Norris in 2012
12m

Michael Norris: Save Yourself; video