Supertonic is pleased to present our first concert of the year - Shakespeare's Sister - to be performed at Pipitea Marae, 6:30pm, Sunday 20 May.

Shakespeare’s Sister takes inspiration from Virginia Woolf’s A Room of One’s Own. Woolf argues that the disadvantages faced by women throughout history have fuelled the assumption that they are inferior writers or subjects. She imagines what kind of ‘thwarted and hindered’ life a talented sister of Shakespeare might have lived. We present this programme of works by women in honour and celebration of those who created art in the shadows of their male counterparts.

Hosted by Clarissa Dunn, the audience will hear not only the music of underappreciated composers, but also hear their stories, and what held them back from their dreams. Clara Schumann’s talent was controlled and micromanaged by a domineering father, while Amy Beach’s marriage contract stipulated that she was to end her career as a pianist. Fanny Hensel (née Mendelssohn) was overshadowed by her brother Felix, despite her own extraordinary creative abilities. Alma Mahler, Francesca Caccini and Lili Boulanger are also among the forgotten prodigies we will feature in this concert.

This performance will also celebrate New Zealand music. Dorothy Buchanan’s Five Vignettes of Women is inspired by prominent women writers, including Virginia Woolf and Katherine Mansfield. Buchanan is renowned as one of Aotearoa’s most prolific composers, and was the first woman to join the Musicians’ Union.

The centrepiece for Shakespeare’s Sister is a commission from one of New Zealand’s future star composers, Rosa Elliott, who was approached by music director Isaac Stone because of her “incredible way with haunting melodies, matched perfectly with choral colours”. Elliott has masterfully set three poems by Mary Ann Evans, who used the pseudonym George Eliot to escape the stereotypes of women writers.

Supertonic is a 56-strong Wellington based choir aimed at singers in their 20s and 30s that seeks to take choral music to different places and new heights. Supertonic is known for its innovative and no-compromise concerts, exploring topics from endangered and extinct languages to works written by those suffering imprisonment.

With Shakespeare’s Sister, we wish to offer hope for current and future generations of women who will create art in their own image and with their own names.

Tickets are on sale from www.supertonic.org.nz from Friday April 20th. Adults $25 / Seniors, Students and Children $15 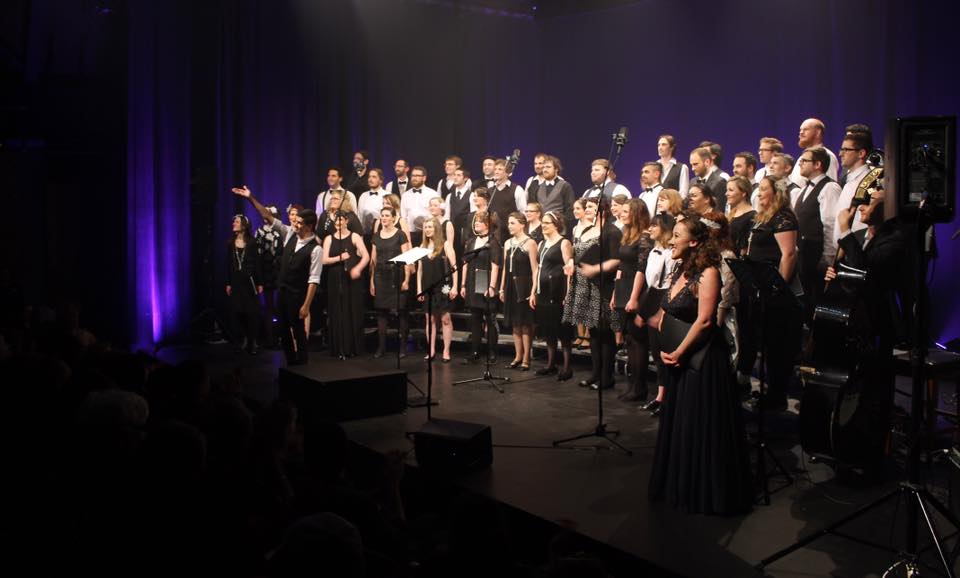 for flute and SSA choir
by Dorothy Buchanan in 1987
18m