Join composer/arranger Ned Paul Ginsburg for a close examination of the relationship between composing and orchestrating as it relates to commercial work in musical theater, film, television and live concerts. Ned will present several “before and after” scores from Broadway and Hollywood, highlighting the adjustments and enhancements that an orchestrator can bring to a songwriter’s or scoring composer’s work.

Topics will include:
- the necessary background and training for entering the profession
- writing for ensembles large and small
- writing for drums and guitar
- writing for background choral singers
- reducing scores from one configuration to another
- working from lead sheets, piano parts and/or demos
- integrating synthesizers with orchestral sounds
- transcription and transposition
- orchestrating one's own compositions - when does one hat go on and the other off?

Born in New York and raised and educated in Los Angeles, Jerusalem, Paris and Rochester, Ned Paul Ginsburg made his public debut as a composer on the radio program “First Applause” at age sixteen. He has received awards or recognition from The National Endowment for the Arts, N.A.R.A.S., Songwriters Guild of America, International Association of Jazz Educators, and Downbeat Magazine. Commissioned theater pieces as composer include THEY CHOSE ME for TADA, A TALMUD TALE for Maqom, and ARNIE!, THE TV MUSICAL for Silver Burdett Ginn. His musical BOYNTON BEACH CLUB, co-written with filmmaker Susan Seidelman and lyricists Michael Colby and Cornelia Ravenal debuted in 2017 and will be produced again in 2019.

Open to SOUNZ composers, members of all screen guilds and other interested parties. 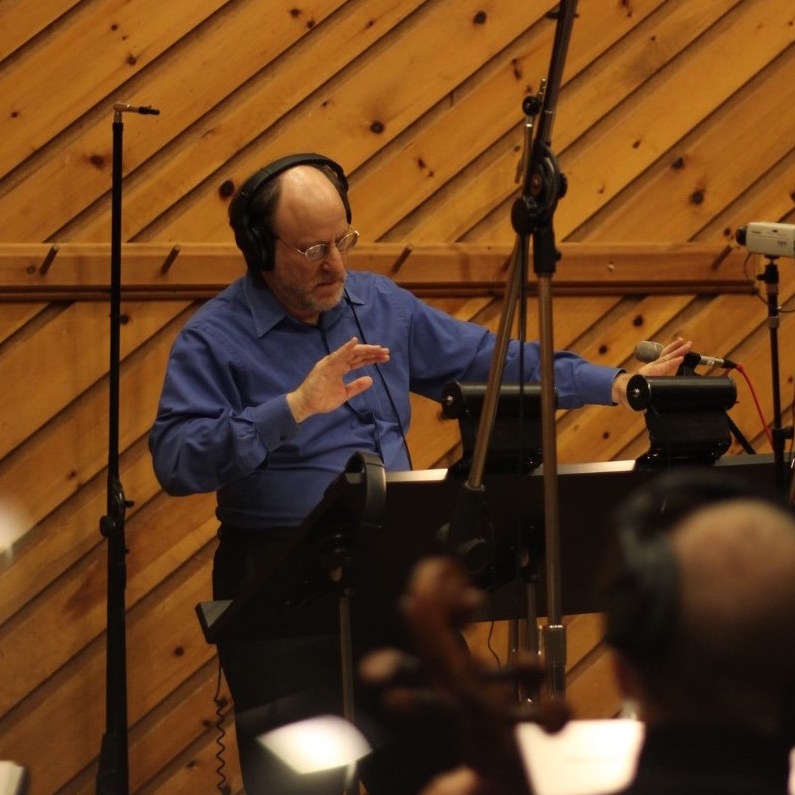