An interview with Michael Norris about Volti 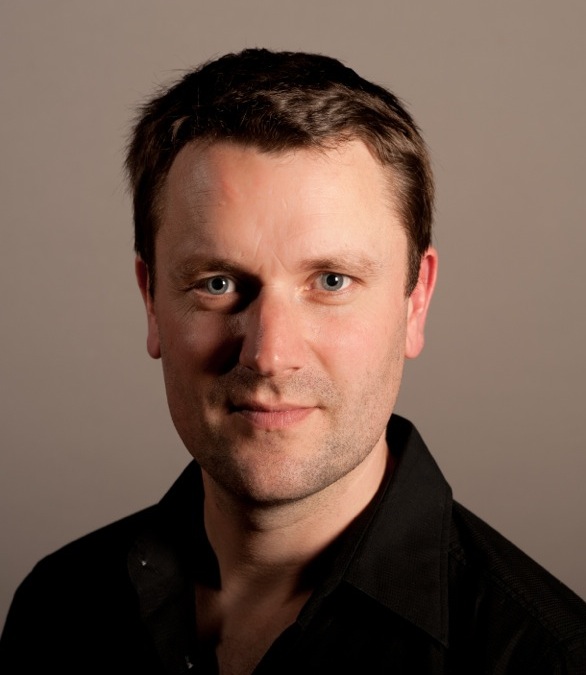 How did you first get into making music? Are there any specific experiences or interests that led you to become a composer?

There were three ways I got into composing at high school: firstly, I played in a big band, in which improvisation was strongly encouraged, even if you didn't really know what you were doing — such on-the-fly composition trained the ear very well; secondly, I was lucky to have Anthony Ritchie as an itinerant composition teacher at high school; thirdly, I was fooling around on one of the earliest home-use music notation programmes (Rainbird's "Advanced Music System" for Amstrad CPC-464). These three things, plus my background in playing in an orchestra and big band, lead me into the composition world.

How did the opportunity to write Volti come about? Did you have any particular performers in mind, or were you simply exploring and experimenting?

It was originally written for an international composition competition (it didn't come anywhere...), so there were no soloists in mind. Because of that, it was a testing ground for some new ideas about form and orchestration, some of which, with the luxury of hindsight, were successful, and some not so much...

How did you approach writing the solo part? What is the role of the soloist in your piece?

Hard to say — I don't feel the relationship is entirely successful at the moment, although the premiere of it had a fantastic pianist who really managed to bring out the energy and drama of the piano part. So maybe it's about the almost choreographic "dancing" of the pianist, as they rush between the interior of the piano and the two extremes of the keyboard, pitted against the sheer weight and density of the orchestra.

As you say in your programme note, the word Volti makes us think of electricity and motion. Did this idea come before you started writing or was it suggested to you by the nature of the music you were coming up with?

The opening gesture in the piano came first, and I think the title very soon after... although I could be wrong!

Large sections of the piece are built out of short motivic or gestural cells (a long note, a staccato attack etc). I remember that at the time you were experimenting with using L-systems to organise how these cells interacted within a section and how tension and development was regulated. Could you simply explain what L-systems are and how you used them in your piece? Did you use the system to regulate the interaction between orchestra and soloist in any way?

L-systems are a way of modelling recursive processes in the real world: the way a plant can develop from a set of simple (well, relatively simple...) instructions contained within the seed, and, using a process of recursion, can grow an extremely complex organism. For instance, take the simple instruction "given any branch, grow two new branches at 45° angles out of the end of it". Now, if start with a tree trunk, and apply these simple rules, you get two branches. Apply these rules to the new branches, and you get four new branches (plus the two you had originally). Apply the rules to these new branches, and so on, and soon you get a very complex, very dense tree with a multitude of branches.

In music, we can use these ideas to govern any particular musical parameter - here I use it to control form. Each little motivic cell is, if you like, a branch, and the whole piece (the tree) is created from these little branches, the order of which is governed by some simple rules, and then recursed to create the complex structure you hear.

Each 'branch' in the system, however, is not just a single motif in a single instrument, but a whole vertical slice down through the orchestra, plus the soloist — this 'slice' starts off long (a whole 6/4 bar at the opening), but becomes much shorter as the piece progresses (only one beat long in places). Because some cells feature the soloist, and some cells feature the orchestra, the relationship between orchestra and soloist is completely governed by the L-systems running through the work.

Volti has had a performance at a new music festival. Have you made any revisions to your piece as a result and why?

Yes - the piece is in constant revision. When I first wrote it, it was only the second or third piece to use L-systems, and my first orchestral piece to use them. I hadn't quite twigged onto one of the big problems of L-systems, which is the tendency to fill up each cell with lots of notes. As a result the music is very busy and full. This can be exciting, but it can also be taxing, and most of my revisions have been deleting material that I've felt hasn't contributed to the overall flow and shape of the music. I could probably spend another 6 or 7 years tweaking it, but, maybe I should leave it be now.

What would you like the audience to go away with after listening to your piece?

There's nothing specific I would like them to go away with: indeed, if everyone went away with the same image, then the piece would have failed in terms of tickling the audience's imagination. Having said that, maybe there's some vague, abstract feeling of energy and dynamism that I'd like them to take with them... that they engaged with the motion and liveliness, if not necessarily the musical materials.

for piano and orchestra
by Michael Norris in 2006