An interview with Andrew Perkins about Waltz-Fantasia 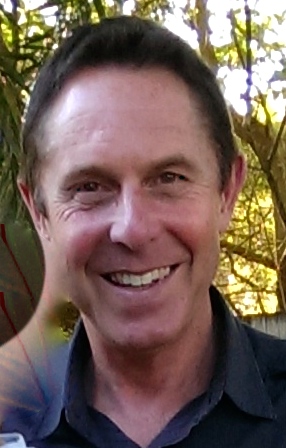 How did you get into the composition world?

I started writing down my compositions when I was about 10 years old. While I was completing my Bachelor and Masters of Music at Auckland University, I took every commissioning opportunity that came my way. My music has sometimes been described as "solar plexus music", meaning that it stirred up emotions in people without them knowing why; it's not programmic but more expressionistic and this element leads to more personalised responses from individual audience members.

What was the impetus behind your piece? And what did your compositional process involve?

Waltz-Fantasia is a personal work insofar as it recalls two facets of my childhood: a fascination for Indian and Arabic music heard on my short-wave radio, and a love of dance. My contact with the waltz and related triple-time dance forms was via cultural transplantation, brought to my home country of New Zealand by my German-speaking pioneering great-grandparents. During 1883 they emigrated along with other members of their community from the Plzen region of south-west Bohemia, bringing with them their Catholicism, dialect, culture, music, and dance forms. These included the polka, the mazurka, the umadum, the D’bairsch Durl, the Hauawickla and the Dora hat gsagt. The umadum, a form of Ländler (both precursors of the waltz), is a moderately slow dance in triple time and was one of the first dances I learned as a child. Elements of triple-time dance forms and Arabic or Indian music are manifest, either individually or together, in most of my compositions. In Waltz-Fantasia, both are employed: the ornate arabesque-like melodic line that opens and closes the composition represents the “fantasia” element, and the triple-time music that eventually emerges from the opening fantasia material becomes the Ländler-waltz that undergoes full development during the central section.

Waltz-Fantasia contains aspects of compositional design and concepts drawn and assimilated over a long time from a variety of historical periods, including Classical sonata form. There are five main elements outlined in the analysis. The first is maintaining the melodic line as the central focus. The second is the play on triple metre time and its various subdivisions: these slowly emerge from a “gene-pool” of undefined rhythms, motives and ostinatos. The third element is the concept of perpetual development, which is maintained through the manipulation of melodic and rhythmic material all derived from the opening ornate melodic line. I draw on ideas from Alban Berg’s (1885-1935) compositional methods and I discuss the similarities and differences between my music and Berg’s later in the chapter. Elements that recur are always slightly altered to avoid direct repetition; using modifications of Haydn’s variation techniques, I ensure the melodic line is constantly varied. Also used are devices such as inversion, diminution and augmentation of motives, including passages of mirror counterpoint. The fourth involves the way the overall structure unfolds, where important events in the process of redefining melodic and rhythmic identities serve as musical signposts within the structure. The fifth is the emancipation of the bass line through the building of polyphonic textures, inspired by Gustav Mahler’s use of counterpoint in his orchestral works, and this lends the music a floating, dance-like quality. These five objectives are used in combination to create a score that, although highly ornate and expressive, preserves a focused musical narrative.

What are the challenges, mentally and emotionally to go through the process with the NZSO?

The NZSO are a thoroughly professional orchestra who responded naturally to conductor Kenneth Young's visionary interpretation. Ken displayed an innate understanding of nuances of tempo and expression.

Who do you think will enjoy listening to, or playing this work? What technical level would you need to play it?

This music is not written for any specific audience, but I believe anyone would enjoy the fantasia and dance elements that are contained within Waltz-Fantasia. Performance of the composition requires a professional-standard orchestra as the music is quite demanding as i use unusual scalar formations, sharp and sudden contrast of textures and expression; as the music is polyphonic, the challenge for the conductor is to ensure that each line is clearly heard and balanced against the other polyphonic strands.

What do you want people to go away with after they’ve heard the work?

The music is intended as a piece of healthy escapism, offering people a combination of exoticism and dance elements, both of which "evaporate" during the dream-like final fantasia passage.

for symphony orchestra
by Andrew Perkins in 2010
8m 40s