Warkworth-born composer Andrew Perkins featured prominently in a recent concert by The Auckland Chamber Orchestra on the 24th of July, 2016, the Raye Freedman Centre, Epsom, to an enthusiastic capacity audience. Andrew, now a lecturer at the University of Melbourne, returned to New Zealand for the event, and feels the pull of his whakapapa: “I want to move back here”. There follows a review of the concert, attended by Andrew’s extended family of Warkworth supporters. Conductor Peter Scholes directed the musicians in a programme of engaging and innovative compositions from the 18th, 20th, and 21st centuries. Amongst the audience, partly in honor of flute soloist Adriana Lis and reflective of the work of ACO patron, Frank Ollsen, were consuls from Sweden, Poland, Slovakia, Panama, Hungary, Peru and Austria. Culturally, this was a concert dedicated to the theme of cultural understanding and diplomacy via music.

The concert started with Arvo Pärt’s amusingly effective Wenn Bach Gezuchtet Hatte (If Bach Kept Bees) composed in 1976. Here, Scholes skillfully directed the musicians through a score resonating with the sounds of an ever-growing swarm of bees. Thanks to the clear acoustics of the venue, the audience was able to make out, amidst this onomatopoeic swarming, the chromatic B-A-C-H motive presented both horizontally at the motivic level, and vertically as harmonic sonorities. The harmonies unexpectedly blossomed out during the concluding section, transmuting into a quoted phrase from J. S. Bach’s Prelude in B minor from The Well-Tempered Clavier, Book One. This was a sensitive, polished and winning performance, capturing the humor of the piece and the quizzical Bach quotes.

Scholes and the ACO are bold in their support of New Zealand composition, and Adrianna Lis fought adversity to bring Andrew Perkins’s Concerto Grosso to premiere. The world premiere performance of Concerto Grosso for flute, harpsichord, and strings by New Zealand composer Perkins, was a ‘humdinger’, as one audience member described it, its sonorities and arabesques rendered clearly in the dry acoustic. Written in three movements, the music, Perkins states, first depicts “darkness and introspection, then sensuality, and finally, light and luminosity”.

Perkins avoids the use of conventional scales, opting to create his own scalar formations based on ancient Western and Eastern modes, resulting in an otherworldly sound world often redolent of Indian or Arabic music. The exotic sounds, as performed by Lis and the ACO, give rise to an emotional response. Perkins, who completed his PhD in composition in 2013, reminds us his central focus is always the melodic line from which he derives the surrounding strands comprising his “predominantly centrifugal polyphonic textures and non- functional harmony”. The work imparts colour, energy, a tangible sense of power and momentum and, through the melodic line, the sense of a coherent narrative, comprising an initial ambience of lament giving way to the buoyant sense of a new future in its close.

Perkins, in a talk to the players at dress rehearsal, says that he utilizes the compositional device of contrast. In performance we hear it to full effect: the demanding solo flute episodes, expertly performed by Adrianna Lis, provided dramatic juxtapositions to the string orchestra ritornelli. Rosemary Barnes performed the dual-role harpsichord part, switching adroitly between solo passages, musical dialogues with the flute, and “continuo” mode. Judging by the audiences’ enthusiastic applause, this premiered work was one high point of the concert.

Polish composer, Witold Lutoslawsky composed three pieces during the mid- 1980s entitled Łańcuch ("Chain"). The third offering in the concert was Chain I, constructed from contrasting strands of music that overlap like the links of a chain. The visual aspects of the ACO’s live performance highlighted the freshness and vitality of this music. Like If Bach Kept Bees, and indeed the Concerto Grosso, this was bold programming, challenging the audience with rewarding yet accessible works.

The final piece was a bon bon. The concert concluded with Haydn’s Symphony No. 84 in E-flat Major. The more austere acoustics of the Raye Freedman Center accommodated the first three modern works admirably. Although superbly performed, I felt a more resonant space would have allowed the Haydn to blossom more. Haydn’s symphony, coming after the extraordinary first three items, sounded more sepia-toned in the dry space; a much-loved powdered wig that cried for the lucid acoustics of the Rathaus or Town Hall.

This was a concert of impact, another highlight of the ACO year. The hors d’oevre were sharp and fresh, the main a triumph; the dessert finished the concert with a pleasant and familiar honied sweetness. 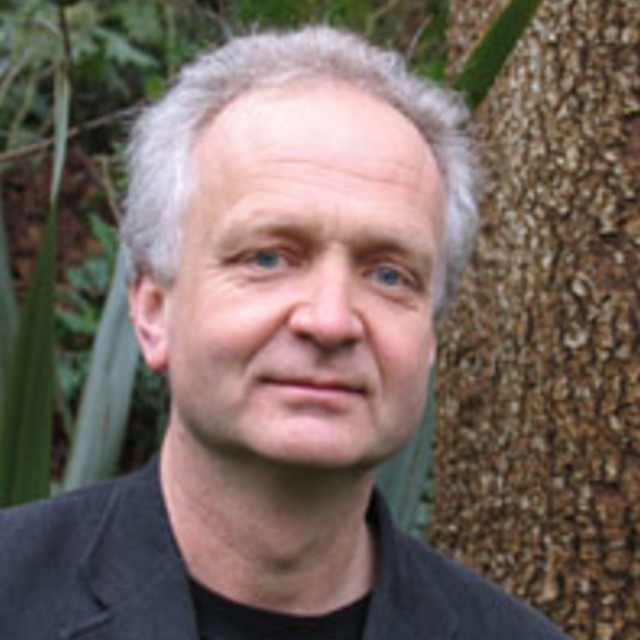 for flute, harpsichord and strings
by Andrew Perkins in 2015