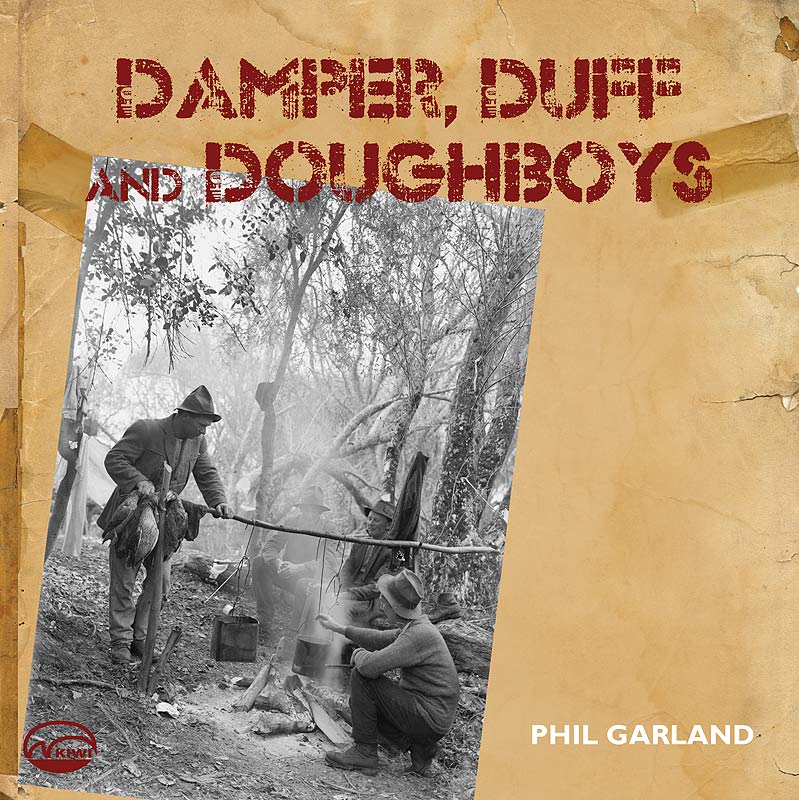 The majority of these songs refer to that time in our past when the universal catchphrase of “The land beyond the cities is where the real New Zealand lies” was very real and quite commonplace. Almost without exception these songs are rooted in the rural heartland of this country, particularly when miners, shearers, swaggers, musterers, station-hands, stockmen, bullockies, gumdiggers and men of that ilk found relaxation seated around the evening camp fire smoking their clay pipes, swapping yarns and stories, reciting verse and singing their favourite songs of the day. However in those simpler days the availability of fresh produce frequently proved to be something of a problem. Certainly meat and flour were readily obtainable, whereas sugar, tea, salt, dried fruit and potatoes were not always in plentiful supply. A campfire meal would as often or not consist of mutton or rabbit stew with Damper (unleavened bread baked overnight in a dampened down campfire, then served with treacle or golden syrup) Duff (plum pudding made with flour, treacle and dried fruit mixed into a great sticky ball, wrapped in a cloth and boiled in a pot or tin) and Doughboys (boiled flour dumplings) washed down by a mug of strong black billy tea. It may sound somewhat romantic to modern city ears, but the life and times of those early rural workers was hard and the inherent toughness of it all is built into their folklore, songs, stories, verse and yarns. Fortunately that legacy has managed to survive offering us a window into a pastoral way of life long since superseded by modern working conditions, modes of travel and mass media communication.