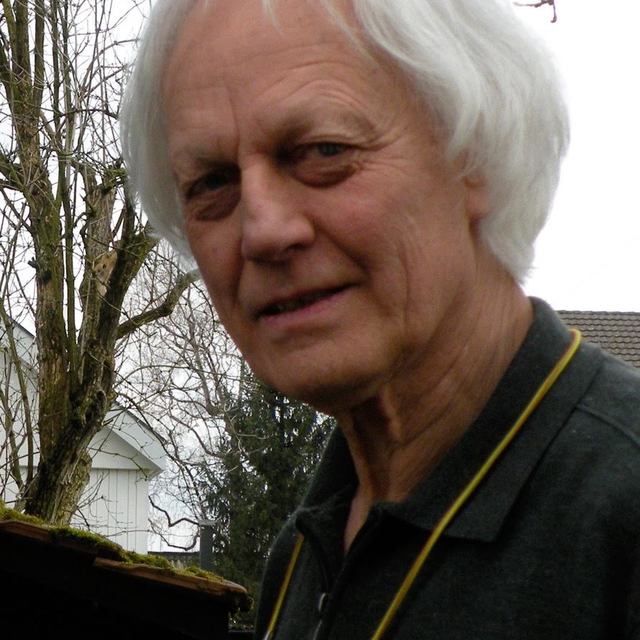 Born in 1937 in Wellington, Kit Powell met Brigitte, his Swiss wife, while studying in Europe in 1966/67. Since 1984 the Powell family have lived in Switzerland. Kit has an MSc (in maths) from Victoria University of Wellington and a B Mus (Hons) from Canterbury University. He taught maths and music at Linwood High School, Christchurch, and also composed music for a series of five total theatre productions. In 1975 he joined the staff of the Christchurch Teachers College where he met the poet Michael Harlow and started the first of nearly 20 works in collaboration with him. He was also active teaching courses on New Music and Creative Music with children. Since living in Switzerland he has taught music theory at the Conservatory in Zurich and English privately. In 2003 he retired from teaching but is still very active composing.

Important influences in his development as a composer in NZ are the contact with Douglas Lilburn as a student, the visits to the Cambridge Music School in the early 60s (tutors Ron Tremain and Larry Pruden) and in Europe courses at the Accademia Chigiana, Siena (Goffredo Petrassi), Darmstadt Course for New Music (Karlheinz Stockhausen) and training in computer music (Gerald Bennett) in Zurich and on the UPIC machine (Iannis Xenakis) in Paris.

His works include compositions in all fields of music: choral (sung and spoken), orchestral, chamber music, brass band, percussion, music theatre, and electroacoustic. His special interests in composition include the use of chance techniques and also music with found objects. Many works have been written for his two children, Philip (trombone) and Fiona (soprano).

Although he has lived in Europe for well over 30 years, he has never lost his strong feelings for New Zealand, its land and its inhabitants. Bird and whale song are often important features of his music, and works like Tide Pools and Kapiti show his affection for New Zealand seascapes. In his Māui Cycle, in addition to the birdsong, one also hears many fragments of traditional Māori music.

Since retirement, Kit Powell has composed a number of large scale works: Missa Profana (a setting of the liturgical mass plus poems by Michael Harlow) for large choir, soloists and orchestra, Māui Cycle (four symphonic poems for orchestra and solo clarinet), Symphonie réflectique, for two soloists and orchestra and Schubert 1828, a symphony based on themes from works from Schubert’s last year of life, using the same orchestra as in the Schubert E flat Major Mass plus electroacoustic sounds. He has also written a dual language book about his work as a composer: Quite by Chance / Wie durch Zufall (Pfau-Verlag—also available at SOUNZ).

A Carol for Christmas

for soprano and string orchestra

Chance Piece for Flute and Tape

Chance Piece for Oboe and Tape

Chance Piece for Saxophone and Tape

for saxophone (baritone or bass) and tape, 7m 10s

for high soprano and tape, 16m

for clarinet and string quartet, 20m

for soprano and trombone

for soprano, bass clarinet and percussion

Devotion to the Small

for soprano and five percussionists, 12m

for children's (or women's) voices and piano, 10m

Due movimenti per quattro strumenti

for piano, piccolo, clarinet and cello

for singer, speaker and tape, 15m

for soprano, alto and piano

for solo flute and tape, 6m

for clarinet and orchestra

for SATB choir, with STB soloists from the choir, 10m

for solo speaker, spoken and sung chorus and instruments, 15m

for brass band and narrator, 10m

for flute (or clarinet) and tape, 14m

for baritone and piano, 11m

for soprano, baritone and orchestra, 25m

Let all words be music

for SATB choir, trombone and piano

for baritone and ensemble, 25m

for male singer and tape, 12m

Nothing but Switzerland and Lemonade

for singer, flute, violin and cello

Nothing but Switzerland and Lemonade

for soprano and wind trio, 12m

for soprano (or mezzo soprano) and piano, 11m

Poem Then, For Love

for two singers and percussionist, 20m

for choir and brass, 4m

for baritone and orchestra, 11m

for brass ensemble and percussion

for orchestra and pre-recorded audio

for soprano and harp

for cello and piano, 6m

for trombone and piano, 8m

for two wind quintets and two speakers with stones, 10m

for clarinet and tape, 8m

for orchestra and two soloists

music theatre for about 5 players, 50m

for SATB choir and 6 percussionists, 30m

The Fisherman and his Wife

for brass band and SATB chorus

Three Chance Pieces Plus One

Three Pieces for Violin and Piano

for SATB choir, speaker, piano, and some small percussion, 8m

Today is the Piano's Birthday

for trombone and piano

Today is the Piano's Birthday

for female voice and piano

for soprano, piano and trombone

for soprano, horn and piano

for violin and orchestra, 19m

for singer with piano, 20m

for horn and organ

for trombone and tape, 10m

for SATB choir and tape, 10m

Kit Powell: Quite by Chance