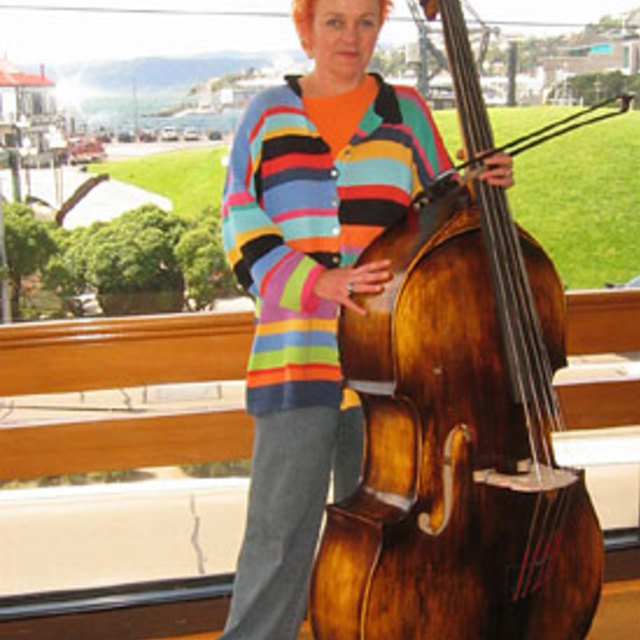 Vicki Jones was born in Christchurch, NZ, May 27, 1953. She joined the bass section of the New Zealand Symphony Orchestra in 1979 and took study leave overseas during 1980s for further study in New York with David Walter, and in Cologne with Wolfgang Guettler (of contemporary ensemble Trio Basso). She was appointed sub-principal bass, NZSO, in 1993.

Vicki was a co-organiser of the New Zealand Womens Chamber orchestra project in Sept 1993 (for centennial celebrations of Women's Suffrage), which premiered Maria Grenfell's commissioned work 'Concertino' for clarinet, cello, bass and chamber orchestra, with Marina Sturm, Rowan Prior and Victoria Jones.

Vicki has performed New Zealand compositions regularly throughout her 30 year career, including many performances and recordings with the New Zwaland Symphony Orchestra, the NZSO Chamber Orchestra and Stroma (final performance was 'Zeibekiko' by John Psathas, in the NZ International Arts Festival, 2006).

Other performances of NZ compositions include:

Victoria is a regular attendee at International Bass Society conventions (where new music for bass is performed and commissioned); and has taught bass for many years. Victoria also played three concerts in France, June 2006, as a member of the World Philharmonic Orchestra.