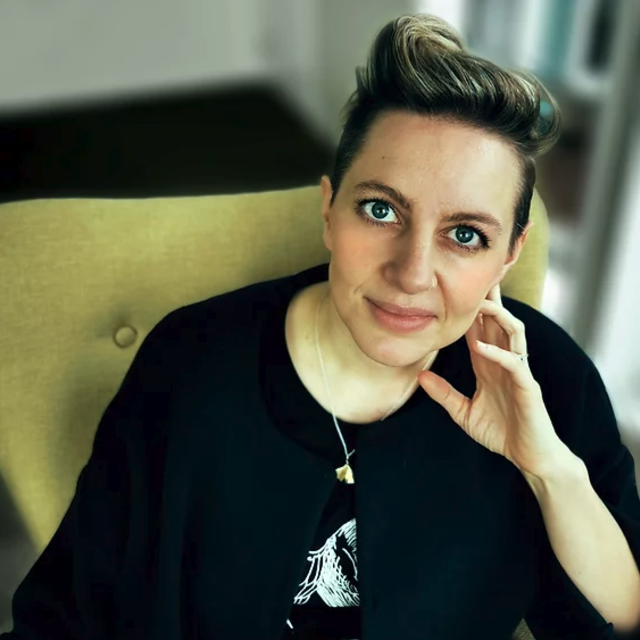 Composer Gemma Peacocke grew up in Hamilton, New Zealand, and she moved to New York in 2014. She writes a broad range of music including art-pop chamber music, electroacoustic pieces, and orchestral works. She has a particular love of interdisciplinary work and often collaborates with artists, writers, theatre directors and designers.

Gemma’s first album, Waves & Lines, sets to music poems by Afghan women collected and translated by Pulitzer Prize-winner Eliza Griswold in her book I Am the Beggar of the World: Landays from contemporary Afghanistan. Waves & Lines was released on New Amsterdam in 2019 and has been performed as an evening-length multimedia song cycle at the Kennedy Center, Roulette Intermedium and National Sawdust in New York, and Australia’s Melbourne Recital Centre.

Gemma’s music has been performed and commissioned by Third Coast Percussion, PUBLIQuartet, Rubiks Collective, ~Nois saxophone quartet, the Furies, cellist Nick Photinos, and Alarm Will Sound. In January-February 2020, the Rochester Philharmonic Orchestra premiered All on Fire, a piece commissioned by the orchestra in honour of the 200th anniversary of the birth of suffragist Susan B. Anthony.

Gemma is a co-founder of the Kinds of Kings composer collective. Described by The New Yorker as “distinguished young creators who work in diverse styles,” the collective focuses on amplifying and advocating for under-heard voices and producing immersive and transporting concerts. The collective is an Artist-in-Residence with New York’s National Sawdust for the 2019-2020 season and has been commissioned by Eighth Blackbird and the Cincinnati Symphony Orchestra to write a concerto to be premiered in 2021.

Gemma is a joint Ph.D. candidate in Music and Humanistic Studies at Princeton University. She usually lives in Brooklyn with her husband George and their highly-strung adopted standard poodle, Mila. She also spends as much time as possible in New Zealand.

All corners of this floating world, swept

for amplified cello and electronics, 7m

As Bright and Cold as Glass

for flute and electronics, 7m 30s

In A Snowstorm of Moths

Let This Darkness Be a Bell Tower

Seven Sermons to the Dead

for trumpet and fixed electronics, 7m

for flute, cello, piano and percussion

for soprano, trio, and electronics, 55m