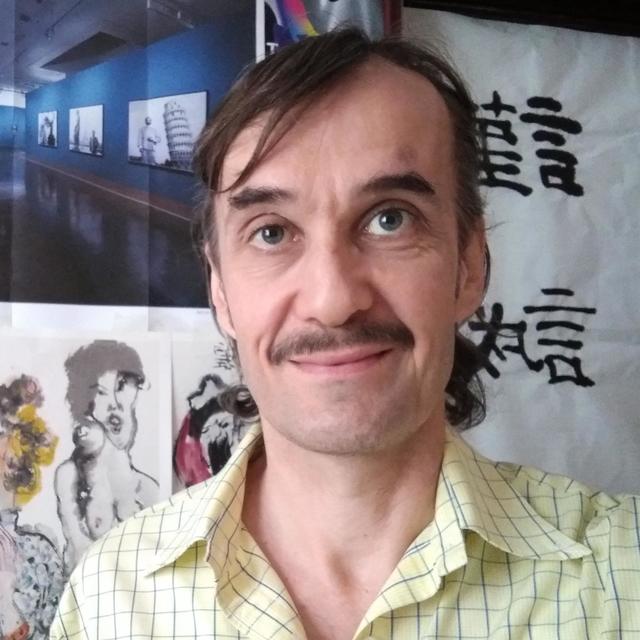 Ross James Carey is a composer and pianist. A native of Te Awa Kairangi/Lower Hutt, Aotearoa/New Zealand, Ross completed a PhD in composition from the University of Melbourne and since March 2017 has been a foreign professor in collaborative piano at the School of Music and Drama, Sias University, Xinzheng, Henan, China. He also holds a similar position in the newly established University of Arizona program at Sias. From 2010 to 2015 Ross was a senior lecturer in composition at the Faculty of Music, Universiti Teknologi MARA (UiTM) in Shah Alam, Malaysia.

Ross’s compositional influences are diverse, including jazz and modal references, literary influences, quotation, homage and reflections on place and identity. Ross has recently explored his interest in writing for various keyboard instruments, in particular the toy piano, with many of these pieces being written for the Seoul Toy Piano Ensemble and US keyboardist David Bohn. Recent performances have included Kate Kelly, a chamber opera to a libretto by Merrill Findlay presented online by Gertrude Opera, Melbourne; One day in spring, the title piece from a jazz-classical crossover album of 12 pieces for solo piano by pianist Anna Heller for Moving Classics TV; Souvenir des îles composed for oboist Juan Manuel Cano-Ruíz, and Toccatina (Elegy) to the memory of Australian singer-songwriter Ruby Hunter, included in their 2018 CMNZ concert series by the Aroha String Quartet. An arrangement for flute quartet of the well-known Chinese traditional song Jasmine Flower was released on the CD ‘Flute Image di Donne’ by Quartetto Image, Italy, with further pieces for flute and piano and solo bass flute released on the Phasma Music label by Iwona Glinka.

In 2021 Ross presented an online lecture on several of his recent compositions influenced by the music of Indonesia at the 9th International Conference for Asia Pacific Arts Studies hosted by Institute Seni Indonesia, Yogyakarta. Other conferences Ross has participated in as both composer and performer include the China-ASEAN Festival in Nanning (2019), the 11th and 12th Women’s Symposium hosted by the World Academy for the Future of Women, Sias University (2017-18), the IMPAC conference at Universiti Pendidikan Sultan Idris, Tanjung Malim (2016), UiTM Malaysian Composer Series at the Kuala Lumpur Performing Arts Centre (2010-14), the East meets west conference at Hong Kong Baptist University (2009) and the UiTM ‘Composium’ (2013), for which he was also the main organiser. Ross has also had a number of works performed at festivals of the Asian Composers’ League, most recently in Singapore in 2013 and the special ACL event in Tokyo in 2010.

Ross’s pianistic career has seen him give performances of solo contemporary repertoire including his own works at venues including Hong Kong University, the National University of Singapore, Universiti Sains Malaysia (Penang), Theatre Utan Kayu (Jakarta) and the universities of Canterbury and Otago. In 2008 he gave a recital of solo and collaborative works by women composers at the International Association of Women in Music Congress in Beijing. A recent highlight was premiering his …infinite songs…, 33 variations on Twinkle, Twinkle Little Star for piano solo in Singapore in 2017. This had a subsequent performance by students and lecturers at the La Salle College of the Arts, Singapore in April 2018. His interest in writing for students has seen Ross contribute to anthologies published by NZIRMT and the Sunrise Music Trust, as well as pieces performed at the NZ schools’ national music competition, RimuFest (Tauranga), and SFA Strings (Ann Arbor, Michigan).

A Little Suite for Yuji and Rieko

A Won for Buddha

for flute, alto saxophone and piano

for oboe, violin and viola, 3m

for flute and piccolo, 7m

Duetto in B flat minor

Elegy (for a known)

for solo trumpet in B flat, 1m

for two trumpets in B flat

Fantasy on an album-leaf by Schumann

for oboe and marimba (or piano), 5m

for cello or other instrument(s)

for voice and cello, 5m

for clarinet and harp, 11m

I Heard the Banshee Cry

arranged for erhu (or violin) and piano, 2m

for baritone and piano, 2m 40s

for violin and piano (with optional bell and gongs), 22m

Medicine Bundle (No. 1) Flower Echoes of Springs, Sun and Mountainside

for degung gamelan or unspecified instrumentation

Medicine Bundle (No. 1) Flower Echoes of Springs, Sun and Mountainside

for solo piano or unspecified instrumentalists/vocalists

for any number of performers, and allowing for varying page orientation

for any number of pianists playing in unison, 5m

for trumpet (or cornet) and piano

for soprano saxophone and piano, 3m

for bass clarinet in B flat and organ

Music to Boil an Egg By

Music to Boil an Egg By

for bassoon, piano and triangle, 3m

for flute and taonga puoro (one player)

for countertenor and guitar, 13m

for countertenor or mezzo-soprano and piano, 15m

for countertenor or mezzo-soprano, cello and piano, 15m

Nine Poems from "The Book of Questions"

for soprano, viola, piano and percussion

Nine Variations on a Balletto by Giovanni Giacomo Gastoldi

One day in spring

for clarinet and chamber orchestra, 18m

Postcard From Here (No. 1): Reflections on a South Seas Democracy

Postlude to a Happy Occasion

for piano solo and gamelan, 20m

for clarinet in A, 5m

for bass clarinet and organ, 8m

for violin and piano, 3m

for clavichord (or piano) solo

for oboe, piano and marimba, 11m

for a melody instrument, 5m

Snake in the Grass

for viola and piano, 18m

for flute, clarinet and piano, 9m

for flute, viola and piano

for piano, violin and mezzo-soprano, 4m

Thoughts in Ueno Park as the Fountain Plays in the Distance

for violin and piano, 15m

Towards Autumn - twelve preludes for guitar

Trio for oboe, clarinet and bassoon

for oboe, clarinet and bassoon, 9m

for violin and small orchestra, 14m